Discovered the origin of the mysterious radio signals from dead stars 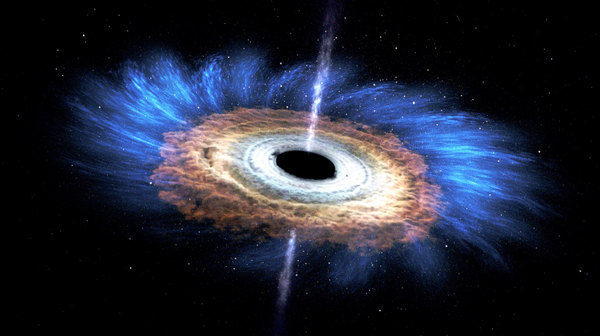 Discovered the origin of the mysterious radio signals from dead stars
In 2014, astronomers registered a flash of x-rays resulting from absorption of a star by a black hole.

Researchers from mit and Johns Hopkins University revealed the connection between the feeding of black holes and their emitted jets. This was achieved in the analysis of anomalous “radioana” signals received in two weeks after the event ASASSN-14li, transfers the Internet-edition Rus.Media.

In 2014, astronomers registered a flash of x-rays resulting from absorption of a star by a black hole, remote from the Solar system 300 million light-years. 13 days before the Earth came a radio signal, which is of synchrotron origin, that is, radiation was emitted from electrons that are accelerated in a strong magnetic field. In theory, these electrons can be either inside the jet plasma (relativistic jet) or outside — in a Shockwave from the explosion. However, until now evidence that the electrons inside jets can be a source of radio signals, was absent.

The shock wave model explains the afterglow in the radio band, which occurs in outbreaks associated with tidal destruction of stars. At the same time, in the case of ASASSN-14li was an anomalous pattern: the curve of x-ray radiation by 99 percent match be in the future of radio. This meant that the echo was not associated with electrons on the outside of the jet, because radio-emission from the shock wave formed independently.

Since x-ray radiation occurs during the formation of the accretion disk from the remains of stars around the black hole, the result indicates a direct relationship between the feeding of the black hole and relativistic jets. The more matter falls into compact object, the more energy will be emitted in the form of jets.