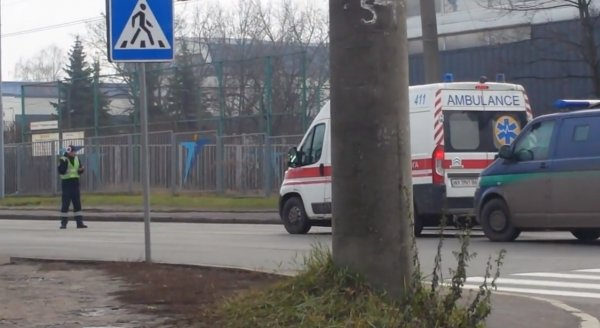 The President of Poland Andrzej Duda, the leader of Ukraine Petro Poroshenko met on 13 December in Kyiv. Because of the motorcade of the two presidents in the city not passed the ambulance about 40 minutes.

The driver of the carriage “ambulance” focused attention on the fact that he had to follow the call. But militiamen have not missed an ambulance, because in Kharkov took place the meeting of Duda and Poroshenko. Kharkov expressed their displeasure of the incident in social networks.

As it became known “VladTime”, “ambulance” stood in line for about 40 minutes, until the presidency will pass. In the city center was also paralyzed traffic, and most drivers protested the arrival of Poroshenko in Kharkiv, instead of Kiev, where usually there are meetings at this level.