Federer accesses the 3rd largest in the world 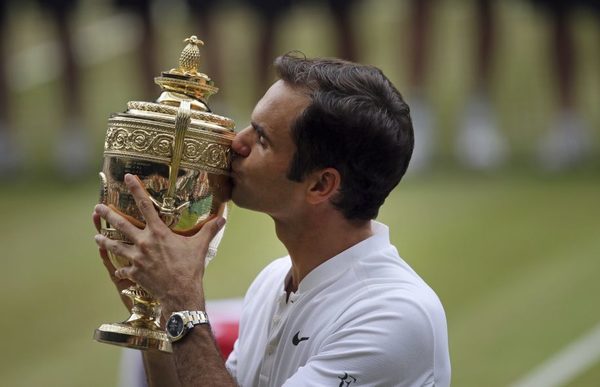 The eighth title record of Roger Federer at Wimbledon has allowed him to gain access to the third largest in the world after finishing last season in 16th position.

And, as he was absent during the second half of the season 2016, all his points will continue to accumulate by the end of the year, making real the possibility that it may return to number 1 in the world.

“I play to win titles at this stage of my career. The ranking, not so much, unless I am as close as I am now, said Federer, 35-year-old, who has also secured his place for the Final of the ATP, presented in London from 12 to 19 November. So I have to weigh the situation and see if it is worth to pursue the goal or not. “

The British Andy Murray is at the top of the hierarchy among men, but it has only 285 points ahead before the Spanish Rafael Nadal. The Serbian Novak Djokovic and the Swiss Stanislas Wawrinka completes the top 5. The Croatian Marin Cilic, defeated in the final at Wimbledon, remains on the 6th rank.

The Canadian Milos Raonic, defeated by Federer in the quarter-finals at Wimbledon after his participation in the final the previous year, has lost two positions to end up in 9th place.

The first title of Garbine Muguruza at the All England Club allowed him to re-enter the top 10, it who now occupies the fifth position, while the finalist Venus Williams has won two ranks to 9th place.

Karolina Pliskova has become the 23rd player to move to head the women’s ranking, a first for her following his career at Wimbledon. It was number 3, and has exchanged its place with the former no. 1 player Angelique Kerber.

Serena Williams has taken a leave of absence from the competition since January because she is pregnant. Losing the points obtained in the last year, including a victory at Wimbledon and a final at Roland Garros, she fell from the 4th to the 15th place — away from the world’s top 10 for the first time since the month of April 2012.

The top of the list is still in the scope of the Swiss.