Federer joined Nadal in the final in Shanghai 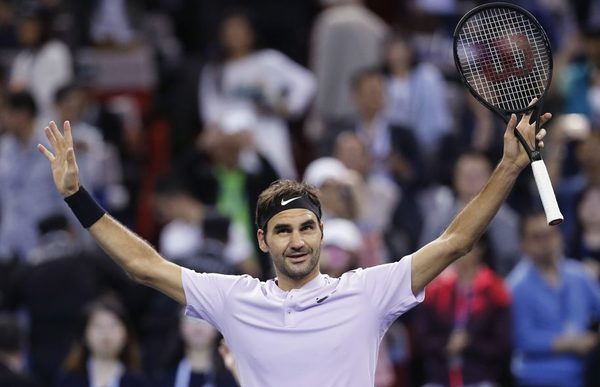 Shanghai — The no 2 in the world, Roger Federer joined no. 1 Rafael Nadal in the final of the Masters 1000 in Shanghai after his victory in the semi-finals ahead of Argentina’s Juan Martin Del Potro (23rd) 3-6, 6-3, 6-3 Saturday.

The tournament chinese has thus given birth to a 38th duel between the two superstars tennis (23 to 14 for Nadal), the fourth of the season after the finals of the Australian Open (January), Indian Wells (march) and Miami (April), all won by Federer.

Nadal, who may bring the record number of titles in this category of tournaments in 31, and to reinforce his status as a no. 1 in the world, had qualified a little earlier, by overcoming the resistance of the Croat Marin Cilic (5th) in two sets (7-5, 7-6 (7/3)).

The Swiss has had to give up a set — the first in this tournament — in front of la furia Del Potro, who didn’t seem too diminished by his problem at the left wrist operated on three times between march 2014 and June 2015.

The Argentine (right-handed), hit strong forehand and two-handed backhand whereas, the previous day, a bad fall against the Serbian Viktor Troicki was forced to not use his left wrist.

The former no. 4 in the world (2010), winner of the US Open 2009 (against Federer in the final), took advantage of a weakness of the Swiss in the service to take advantage (4-2). He concluded the first inning during a game of the highest caliber, marked by a second-to-last point epic.

A lob backhand allowed him to surprise Federer and conclude the point with a volley little academic as the “Master” had not been able to master.

But then, the no. 2 in the world, has shown to be more accurate, and has fallen in love with the Argentine at the service on the fifth ball of the break in the sixth game of the second round (4-2). Unhappy with the level of noise from the stands, Del Potro has it devolved ?

He never regained the ascendancy over Federer and has lost once again its commitment at the beginning of the third act (2-1). Federer no longer has let go of the piece.

It will attempt Sunday to offer a sixth title of the season after the Australian Open, Indian Wells, Miami, Halle and Wimbledon.