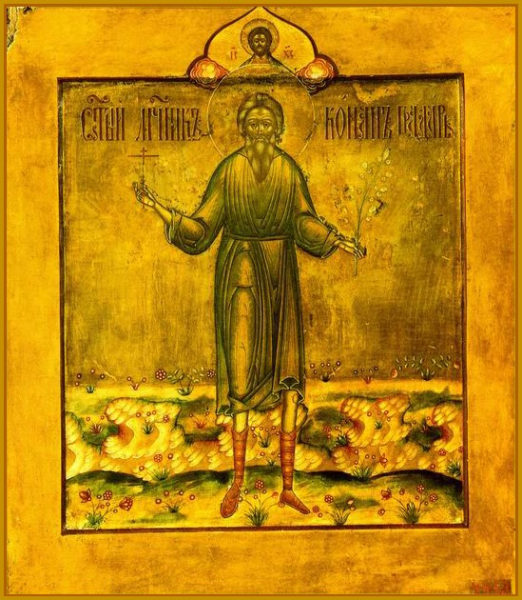 Folk festival “Konon the gardener”on March 18, 2018
The day of the patron Saint and protector of farmers, crops and harvest.

In the Church calendar this day in memory of the Holy Martyr Conon Londonskogo (Pamphylian) – a patron and protector of farmers, crops and harvest. Hence the name of the day.

Other names of the holiday: “Konon Gradar”, “day of the Martyr Conon, Day Katisha”, “Gradara”, “gardener”.

Konon lived around the third century in the Pamphylian city Mandan. He broke the garden, and ate only the food he grew. When the Governor Publius, who came to the city to clean it from the Christians, he immediately reported the Konon. Konon was taken to court and asked to renounce their faith. But the Saint firmly and proudly declared that he does not want to even think on the subject. For that his feet hammered a lot of nails and drove in front of the chariot of the Viceroy until, until the Martyr died.

The period from 18 March to 15 April in the national calendars have been called Snowmelt. These days were tough not only in connection with the post. They fell for an initial period of spring, when markedly depleted winter supplies. However, increasingly warmed the sun, the rapid melting of snow. So there was a reason for joy.

Since ancient times the custom to begin the day of tillage. Whatever the weather, we had to dig up at least a small part of the earth and fertilize it. This was done in order to give respects to the Holy Konon. Subsequently, he will see to it that the seedlings are not killed by frost, drought, hail or pests.

In addition, this day is Holy Konon prayed and asked for deliverance of children from smallpox.

March 18, passed the guard ceremony-plot from the three troubles: midges, worms and drought. For this it was necessary to dig on his land three small holes (one in trouble), and then bury it back. Thus to say out loud, what does each hole.