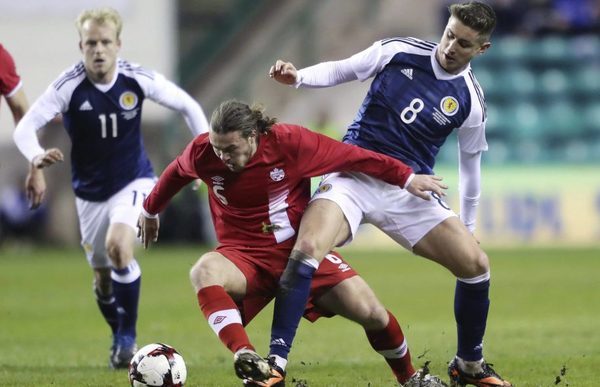 Forward Anthony Jackson-Hamel, midfielders Samuel Piette and David Choinière and goalkeeper James Pantemis, the Montreal Impact, have been selected by team Canada for a training camp that will conclude with a friendly match against Jamaica on September 2, in Toronto.

They will join the group on 28 August, after the regular season game the previous day against Toronto at Stade Saputo.

Jackson-Hamel, 24, has registered two goals and a pass in seven games with the canadian national team. His first appearance came during a friendly match against Mauritania on October 6, 2016.

He played in three games during the Gold Cup 2017 CONCACAF. He scored his first international goal on 22 January 2017, during a friendly match against Bermuda. On 13 June, he also scored against Curacao, at Stade Saputo.

Piette, age 22, has collected two assists in 35 games with the canadian team, including 21 starts. He made his debut on June 3, 2012 against the United States. Piette took part in the last Gold Cup of CONCACAF, the United States, starting all four games of the maple leaf flag. He has also participated in the editions 2013 and 2015 Gold Cup and has played in the qualification matches for the world Cup in 2018 FIFA.

Choinière, 20 years old, receives its first invitation with the senior team. He was part of the canadian selections U15, U16, U18 and U20.

Pantemis, 20 years, got its first invitation with the senior team during the camp for the Gold Cup 2017 CONCACAF, last may.