Funeral of three victims of the Quebec City slaughter 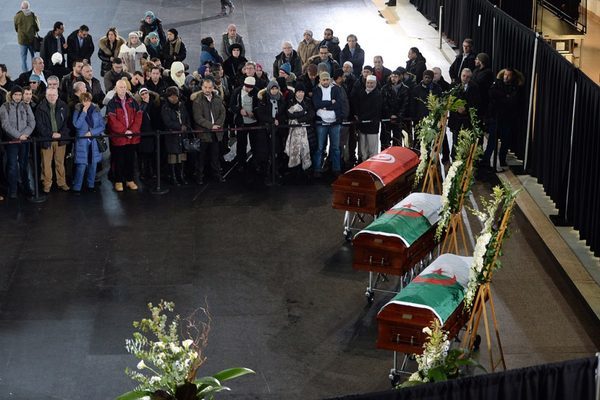 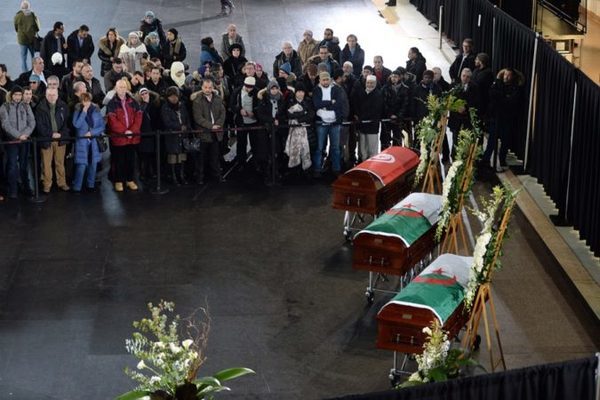 More than 5,000 people are currently attending the Maurice-Richard Arena at the funeral of Abdelkrim Hassane, Khaled Belkacemi and Aboubaker Thabti, three of the six men killed Sunday at the Center culturel Islamique de Quebec.

Premiers Justin Trudeau and Philippe Couillard attend the funeral ceremony organized by the City of Montreal, which began at 1:30 pm.

The rinks of the arena were almost filled at 1:30 pm, while the parterre was packed full of citizens come to pay homage to these three men caught up in an unnameable hatred.

At 12:30, there were already more than 1,700 people inside the arena. At the opening of the doors, an hour before, hundreds of people were already flocking to the arena in the east of Montreal, exceptionally transformed into a funeral hall for a day of meditation. Members of the Muslim community, in particular, were numerous at the scene to pay a final tribute to these three men, victims of an unnameable hatred. Nevertheless, there were many citizens from all backgrounds on the scene. The arena has 5600 seats.

Matasen Abuhammad had traveled from Ottawa this morning with some thirty members of the Muslim community to attend the ceremony. “I came from Ottawa in solidarity with the community. It is a sad act that happened in Quebec City, “said the young man.

“It is very important to be here, we must pay tribute to the people who fell in this unacceptable shootout,” said Abdou Elhlimi, as he led the line to enter the arena. “It’s hot in the heart to see everyone. It will make us stronger and strengthen our place in the Quebec community, “he added.

Montrealer Nouria Derkaoui wanted to be present at noon. “It touches us. It happened to us and it could happen to other Quebeckers. We are all Quebeckers, we seek peace. It’s really sad what happened, “she said.

“Everyone is invited,” said Mayor Denis Coderre on Wednesday morning, following a meeting with imams and leaders of the Muslim community. The ceremony is expected to begin around 1 pm and conclude 45 minutes later. Representatives of the community will hold a press briefing at 14:15. Afterwards, the bodies of the three men will be repatriated to their country of origin to be buried.

Abdelkrim Hassane, 41, has been living in Quebec since 2011 with his wife and three young daughters, the youngest of whom is 15 months old. Originally from Algeria, the computer engineer immigrated to Quebec for “peace and [the] security”, had told La Presse brother. He worked for the Quebec government.

Aged 60, Khaled Belkacemi, was a respected professor at the Faculty of Agriculture and Food Sciences at Université Laval. This original Algerian was a specialist in the effect of cold on food and taught food engineering. He was the father of two adult children.

Aboubaker Thabti was the father of two young children, an 11-year-old boy and a 3-year-old girl. This 44-year-old pharmacy technician worked at Exceldor and has lived in Quebec since leaving Tunisia in 2011.

The funeral ceremony to honor the three other victims of the Quebec City slaughter will take place Friday at the Quebec City Convention Center. The remains of Mamadou Tanou Barry, Ibrahima Barry and Azzeddine Soufiane will be on display.