Galaxy Note 7: experts think they have found the cause of the explosion 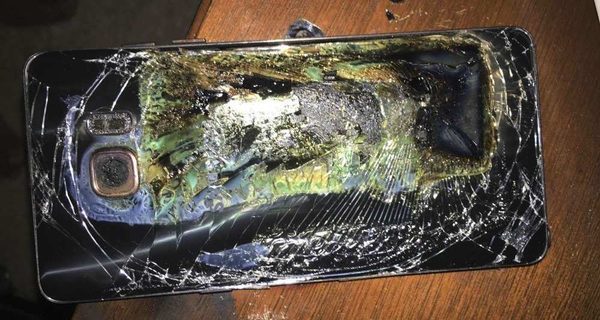 According to independent engineers, Samsung smartphone explosions are not due to the battery itself but the design of the device. 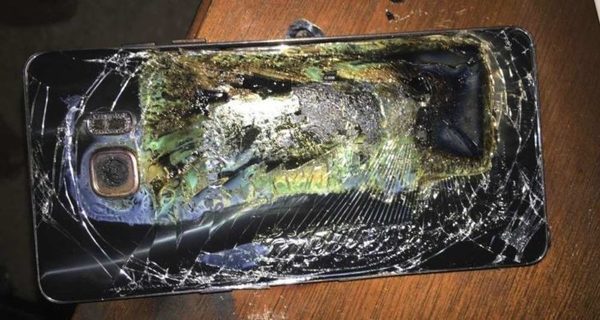 Samsung has not released the findings of its internal investigation into the failures of its Galaxy Note 7 (even if it will not be long ) but independent engineers believe they have found the reason for the explosions.

Their results put online on their website Instrumental.ai , battery fire is not due to failure of the lithium-ion battery – the first reason given by the South Korean group – but an “aggressive design”.

Clearly, Samsung would have sought to produce a smartphone as thin as possible, the risk of compressing the battery, which was, she, too big, says Instrumental.ai, which presents itself as a company “hardware helping companies solve problems associated with the design “of their products.

Battery Note 7 is composed of “a positive layer of lithium and cobalt dioxide” and “negative layer of graphite” separate “two polymer electrolyte layers.” If both positive and negative layers touch despite the separation, the energy flowing in the battery “flows directly into the polymer and heating.” Which can cause an explosion.

How these layers have they ended up contacting the Samsung smartphone? Due to two factors. First, because the polymer separating layers chosen by Samsung are particularly fine, then because engineers have not provided enough free space around the battery so that it has room to breathe.

Indeed, as and when the electrodes of lithium ions move from the positive pole of the battery to the negative – that is to say when the battery is charging – the battery swells. “All Battery engineer will tell you it is necessary to leave a certain maximum percentage around the battery, 10% is a rough rule” write the two authors.

A risk deliberately by Samsung, according to the engineers

For their test, engineers have boned a Galaxy Note 7 and realized the absence of this free space of 0.5 mm in the battery compartment. This is why the device is sensitive to overheating and less pressure on the hull, again according to these experts.

For Instrumental.ai, Samsung’s engineers could not ignore such a basic rule and would willingly took that risk of a “super-aggressive manufacturing” to offer a phone thinner and with greater autonomy than its competitors .

“A smaller battery using standard manufacturing parameters would have solved the problem of explosion and the inflation problem,” they said. But Samsung could not bring himself to this solution because “it would have reduced the life of the battery, placing Note 7 below the level of its predecessor, the Note 5, and that of its biggest competitor, iPhone 7 Plus. ”

Samsung smartphones after explosives, washing machines dangerous
If the real risk of explosion escaped Samsung during security tests is that the “battery test takes a long time, sometimes a year,” says the site. It is possible that the latest versions of batteries selected for Note 7 have not been tested with the same rigor as the first, the researchers argue.

He now is a little less than a month to Samsung to formalize itself the reasons for the disaster, which was forced to suspend production of its new smartphone and recall 2.5 million copies .