Giant graffiti in London occupied an area of 17.5 thousand square meters In the World : Vladim 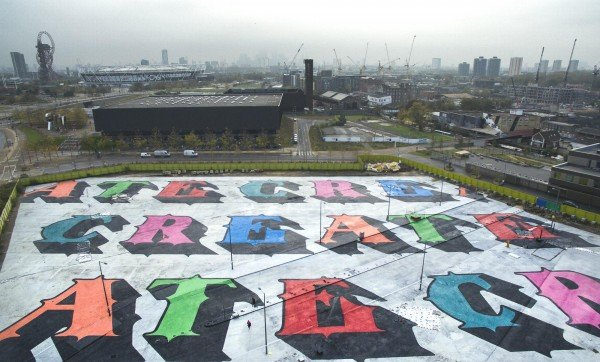 In London there was a huge graffiti. The area of the drawing street artist Ben Aina amounted to 17.5 thousand square meters. The picture that was painted on the roof of one of buildings of the British capital.

In his work street artist that in connection with these events, called vandal, used drones. Using drones, he calculated the proportions of your drawing. The painting depicts just a single word сreate (do), however, depicted it several times and colored inks.

‘ve created your masterpiece ain more than five hundred hours. The picture he spent more than three thousand liters of paint. Full version graffiti can be seen only from the height of bird flight. It is noted that a street artist has high-ranking admirers. For example, one of his works is in the private collection of former President Barack Obama