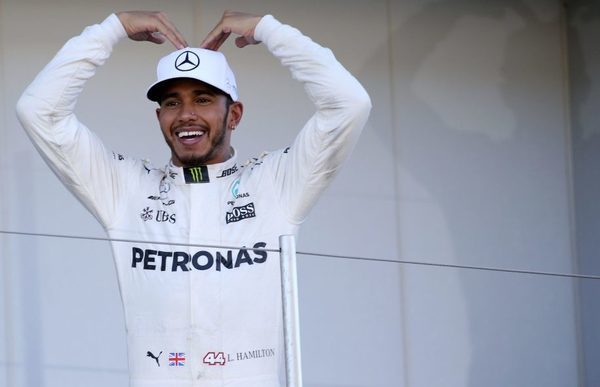 Lewis Hamilton of Mercedes won the Japan Grand Prix Formula One Sunday, consolidating his lead in the drivers ‘ championship.

He crossed the finish line 1.2 seconds ahead of Red Bull Max Verstappen.

The British was its eighth victory of the season. Hamilton is approaching a third championship in four years. It was also crowned in 2008, 2014 and 2015.

Hamilton has a priority of 59 points in the standings of the drivers in front of Sebastian Vettel, forced to withdraw in the third round, his Ferrari losing power. There are four races to the calendar.

“The track was fantastic and the team did a sensational job, said Hamilton. Max has made things worse, he delivered an excellent race. “

Starting from the pole alongside Vettel, Hamilton has maintained its gains into the first turn. Once Vettel aside, the fight was between him and Verstappen.

Hamilton has taken four seconds ahead after 15 laps, then he made his only stop in the pits on the 23rd lap.

Verstappen has visited the mechanics at the 22nd lap, as can be seen then to reduce the gap to 1.7 seconds at mid-race.

It was nothing more than a second while starting the last lap, but traffic has allowed the British to slip away to victory.

“It is very much approached, conceded Hamilton. It was very tight at the end. “

The Quebec Lance Stroll had to give up to six laps from the end, his Williams having mechanical trouble, the right front side. He then occupied the 14th rank.

In the first round, the Canadian had gained four positions to place 11th.

“I had a very good start but I made a mistake in the 11th turn, said Stroll. I bumped into the car of Kevin Magnussen, and I think that is where our car has been damaged. I then had a long sequence on the soft tyres, I have gained ground, but we were out of the race for the points.

“And then I had a puncture, which is always very unexpected and very unfortunate. Now we need to turn the page, simply. I have not been very lucky this weekend, but I’m looking forward to Austin. “

The fifth place was the case of Kimi Raikkonen, of Ferrari, followed by the Force India of Esteban Ake and Sergio Perez.

Vettel has only a thin chance to catch up with Hamilton in the drivers ‘ championship. He had also had a mechanical issue in Malaysia, starting from the back of the field before finishing fourth.

“It is certainly to be regretted these last two races for the reliability, Vettel said. But sometimes it is like that. It is certain that it hurts. We are all disappointed. “

In the constructors ‘ championship, Mercedes has brought its lead to 145 points ahead of Ferrari. The next race will be the one fought on american soil, on October 22.