Historic vote in the US: a woman or a populist for the White House 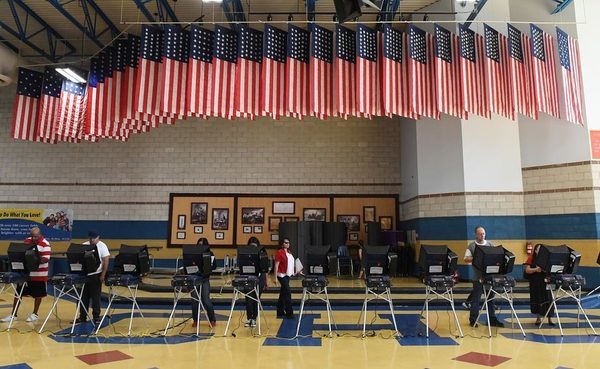 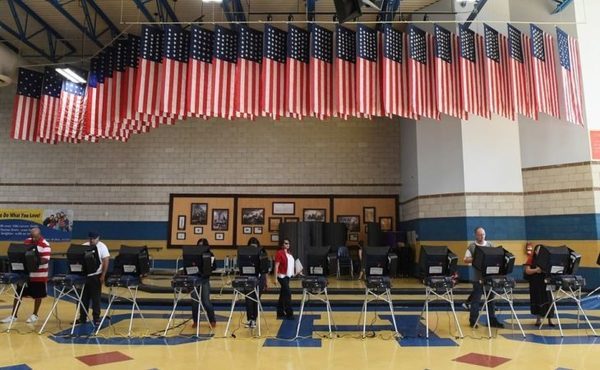 WASHINGTON | The Americans went to the polls Tuesday for a presidential election in the historical issues between the populist Republican Donald Trump and Democrat Hillary Clinton, positioned to become the first woman elected to the White House.
The day ends a long campaign by the tone of unprecedented violence, and the result is expected nervously worldwide, because both candidates have radically different visions on the future of the world power.
The country comes out extremely divided, eight years after the election of Barack Obama, the first black president of the United States, which had raised hopes of a country together.
A sign of the passions unleashed this election, Donald Trump was greeted by some boos Tuesday by voting at a school in Manhattan. “New York hates you,” launched her voters and bystanders.
Long queues stretched often Tuesday before polling stations across the country, reported AFP journalists. The winner should not be known before 22 h 00 Tuesday.

In New York, in the heart of the district of Staten Island, by far the most Republican of the city, the polling station located in the school Thomas Dongan was animated by midday.
Katie Kope, blonde of 19, voted for the first time. “I was really excited.” She proudly displays her “I voted” sticker ( “I voted”). It sees itself as Republican, “except for social issues,” and voted Trump.
“I hesitated a bit between the two (candidates), but I did not trust Hillary, so that’s what tipped the balance,” she said.
The Democratic candidate has voted early, around 8: 00 (13: 00 GMT) in a school close to his home in Chappaqua, in upstate New York. Waited over an hour by an enthusiastic crowd of about 150 people, she was accompanied by her husband, former President Bill Clinton, smiling and protective.
Eyes are on a few key states that could make the decision in the first place Florida, where polls predict a very tight score. “It is time that a woman wears the pants,” says Leonor Perez, 74, Clinton by voting in Hialeah, near Miami.
But it will also monitor Ohio, North Carolina, Pennsylvania and several other states that could tip the balance one way or the other.

Continuity
Some 42 million Americans, of the nearly 225 million entitled to vote, have already expressed to early Tuesday to avoid queues.
After tightening polls during the last week, Hillary Clinton Tuesday clearly favor predictions. The markets, which would much continuity embodied by the Democratic candidate, are clearly on the upside since Monday.
At 69, Hillary Clinton hopes to make history as the first woman president of the United States, after 44 presidents since George Washington in 1789. It intends to stand in the footsteps of Barack Obama has stepped country travel for the elected.
political figure in 25 years, half of Americans do not appreciate, doubting his honesty. Married to former President Bill Clinton (1993-2001), she was alternately First Lady, New York Senator and Secretary of State Barack Obama. Hyperdisciplinée, she knows her files on the fingertips, but his personality little enthusiasm.

Obama plays basketball
Donald Trump, 70, wrapped in the cloak of the outsider , hopes to create surprise her with a “power Brexit three” refers to the surprise of the British vote to leave the European Union.
Great destroyer of the political elite who he said “bled the country dry,” Donald Trump, unpredictable, accused of xenophobia and sexism by his opponents, has never held any elective office. He introduced himself as the man of change facing the supposed corruption of elites and as the voice of the forgotten, to whom he promised to “make to America’s greatness.”
Even more unpopular than its rival, the billionaire former host star of a reality television show, The Apprentice , often abrupt, took advantage of the anger and frustration of a white middle class anguished by globalization.
The campaign was long and difficult: 82% of Americans are disgusted said in a recent survey. And abroad, she was often followed with stunning and sometimes with concern.
French President Francois Hollande said on Tuesday he was “confident the American people” to make a choice in line with its “values.”
The Americans also vote on Tuesday to renew 34 of the 100 Senate seats in Washington, and the 435-seat House of Representatives. Democrats hope to regain currently dominated Senate, like the House, by Republicans.
Twelve of the 50 states also elect new governors, and dozens of local referendums, on issues ranging from the legalization of marijuana for the abolition of the death penalty are organized in thirty states.
The election day will end with two evenings of “victory” organized by the two candidates, in New York as one for the other.
Far from the turmoil, Barack Obama, who has already voted in Chicago last few weeks, has engaged in a ritual that touches superstition election days: he went to play basketball with friends.