Hubble made the space festive pattern 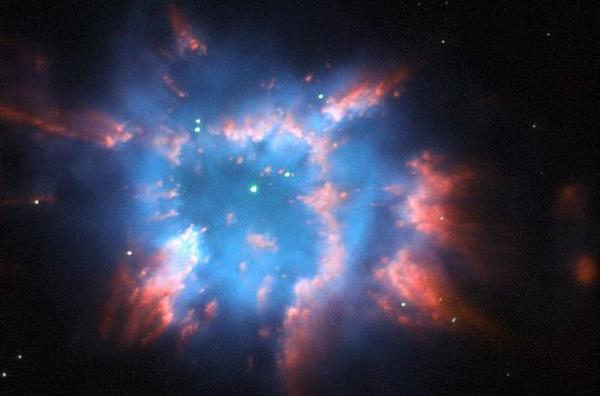 Hubble made the space festive pattern
In the picture located planetary nebula NGC 6326.

Scientists using a telescope “Hubble” has received the planetary nebulae NGC 6326, which is reminiscent of a Christmas figure, according to the NASA website, reports Rus.Media.

In the picture you can see clouds of gas that are illuminated by a star, located in the centre of the nebula. Planetary nebula is at a distance of about 11 thousand light years from Earth.

Such nebulae are formed when an ageing star turns into a red giant, rejects its outer shell and leaves at the center of a white dwarf. Sometimes these emissions lead to the emergence of symmetric structures, but NGC 6326 is unusual asymmetry.