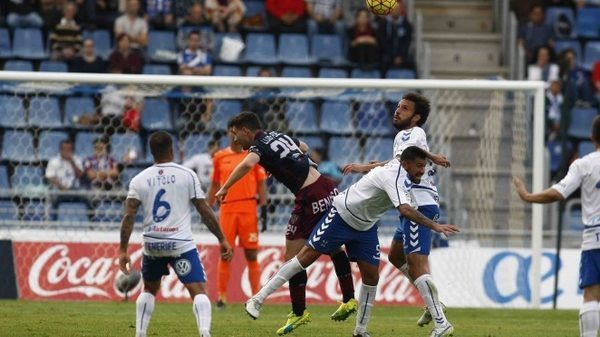 May 27 at 17:00 in Huesca at the stadium “El Alkoras”, Huesca in the match 40 round of the Spanish Segunda will take Lugo.

Huesca vs Lugo preview
Huesca in the home straight season, began to lose points steadily, not winning in the last three meetings, losing twice in them, although before that she did not know the defeats in 12 meetings in a row. The result of the last setbacks of Huesca fell out of the TOP-6 Segunda, which fights for an exit in the Example. After 39 rounds in the “Oscenses” asset, 56 points with goal difference of 50-42 and 7 place in the table. In her field Huesca scored 34 points in 19 games, scoring 33 and conceding 20 goals. Unbeaten home series of wards Juan Antonio Anguilla is 7 meetings, and lasts from February 19, during this time the team won 4 wins and played three matches in a draw.

Huesca vs Lugo prediction
Lugo after a series of three defeats in a row, in the last two meetings scored 4 points, drawing a 0-0 draw with UCAM Murcia and defeating Numancia 1-0. After 39 rounds Lugo with 52 points and goal difference 48-48 takes 9th place in the standings, not claiming a promotion in the class, and by and large can already calmly finish the championship. At the exit in 19 matches, the team of Luis Cesar Sampedro, was able to win only 3 wins, 10 games in a draw and losing 6 times, earning 19 points with goal difference 22-26.

Huesca in the last 5 meetings with Lugo, won 3 wins and twice tied. I think, this time the hosts will be able to score three points in a duel with a comfortable opponent. Bet: the victory of Huesca – P1.