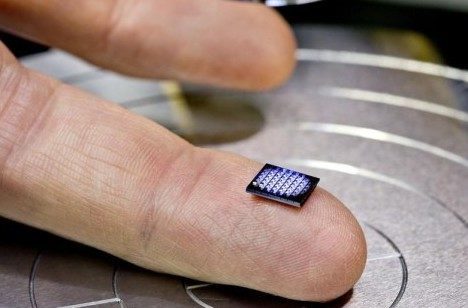 IBM developed the world’s smallest computer
Often called smartphones are miniature computers, but even they are compared to the latest IBM seem to be real giants.

The American company at the conference, IBM Think 201 presented the smallest computer in the world. In size it is comparable with the crystal salt.

“Over the next five years, tiny computers that are less than a crystal of salt will be embedded in everyday objects and devices,” said Arvind Krishna, head of research at IBM.

The computer’s dimensions are 1×1 mm. it has a few hundred thousand transistors. The device works on the technology of the blockchain and is able to monitor, analyze, share, and even control them. The cost of this “baby” is less than ten cents.

The only drawback of computer is that its computing power can be compared to an x86 chip 1990. However, given its size, even that is a real achievement.

Currently, the IBM researchers have only tested the prototype, so the commercial launch so far.