Ignacio Piatti under contract with the Impact until 2020 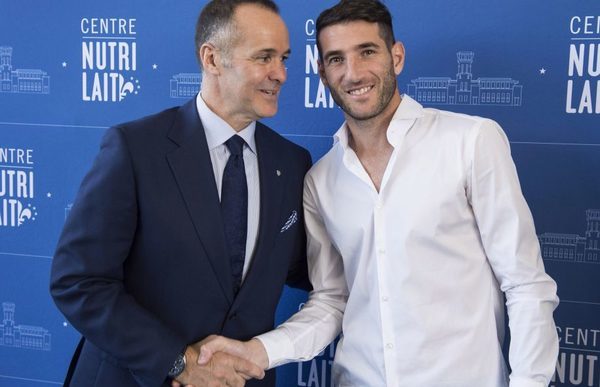 Photo: Paul Chiasson, The canadian Press
The value of the contract Piatti (right) has not been unveiled, but the Impact president, Joey Saputo, has insisted that it would be paid as “one of the five best players in the league”.

Ignacio Piatti will play for a long time with the Impact ; the question remains, who will lead them.

The Blue-white-black announced on Tuesday that Piatti had agreed to a contract extension, which could extend the adventure montreal of Argentina’s 32-years-old until the end of the season 2020.

The current contract for Piatti was scheduled to expire at the end of the month of June, 2018. He signed an extension a season and a half, plus an option year at the discretion of the team.

“I am happy to renew my contract. Thank you to the president, Adam [Braz, the technical director] and thank you to Nick De Santis [former technical director and current vice-president of international relations and technical development],which has led me here in 2014, that has made me know this beautiful city and this club that I love, ” said Piatti.

The value of the contract Piatti has not been unveiled, but the Impact president, Joey Saputo, has insisted that it would be paid as ” one of the five best players in the league “.

The future of Piatti, with the Impact had been questioned in August, when he had declared after a victory of 3-0 against the Fire in Chicago that he only had maybe a dozen meetings to play with the team. “Nacho” is in the top 5 of the league as a player, and this contract reflects the fact that it will be paid as one of the top-5 of the league, ” said Saputo.

If the folder Piatti is ended, the head coach Mauro Biello is still uncertain.

During the press conference, Joey Saputo has refused to comment on the rumors about the dismissal of Biello at the end of the campaign. It has, however, denied the information reported by various media concerning the coming of Alessandro Nesta as a replacement Biello, insisting to say that he had not had contact with former Impact defender and current head coach of Miami FC in the NASL.

It will have to wait until the end of the season to know the outcome of this saga. Already eliminated from the playoffs in the MLS, the Impact will visit Toronto FC on Sunday, before concluding the season by hosting the Revolution of the New-England on the 22 October.