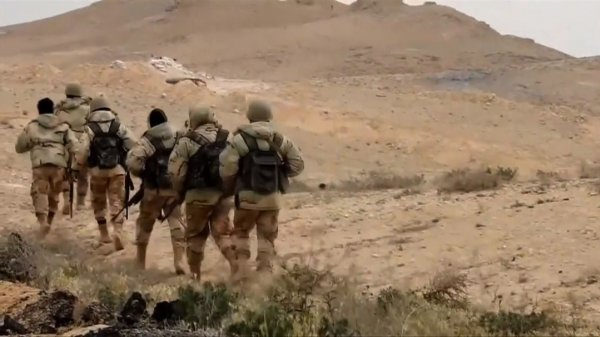 In Aleppo, celebrated the first
anniversary of the full liberation of the city from occupation by terrorist
groups. On 22 December it was officially announced the completion of the operation “dawn
victory” and taking control of the government forces throughout the territory
Aleppo.

Festive events in the city
started the day before. Thousands of people took to the Central square Abdallah
al-Jabiri with national flags and portraits of Syrian President
Arab Republic Bashar al-Assad, as well as photos of the participants
liberation operation killed during the operations for the liberation of Aleppo
from the militants. In turn, Bashar al-Assad congratulated the citizens and all of the Syrians with
significant date, noting firmness and courage of those who took part in
the liberation of the city, and civilians in Aleppo. The celebration will last until 23
Dec.

Recall that the city has to
four years was under the control of terrorist groups. Active
the offensive of Pro-government forces to purge the city from the radical
groups began in July 2016. By November of the same year the units of the Syrian
army and supporting forces managed to take the city in a dense ring that
he later became a decisive factor for the complete liberation of Aleppo from
radicals.

It should be noted that active
participation in the sweep area of the city was taken by the Russian volunteers from the PMC
“Wagner”. According to the testimony of the Syrian military, their help was invaluable when
carrying out exploration activities, which allowed the government
formations to increase offensive operations against militants.
Among other things, “vagnerovsky” provided fire support and armed
the clashes of the army cap with terrorist groups. Similar
comprehensive participation of volunteers from the PMC “Wagner” has played a crucial role in
the liberation of Aleppo. At the moment the city is working on
the reconstruction of infrastructure and communications.

However, in Syria
continues to struggle with disparate radical groups in the
mainly in the areas of de-escalation. In the conduct of sweep operations separate
areas of the country, along with government forces, continue to engage
Russian volunteers from the PMC “Wagner.” Thus, on 22 December the Pro-government
forces managed to repulse several strongholds of the militants in Western ghouta. Also
the Syrian army and PMC “Wagner” conduct operations to liberate the village
item Beit Jinn, which is the main enclave of the terrorist
groups in the Damascus province.