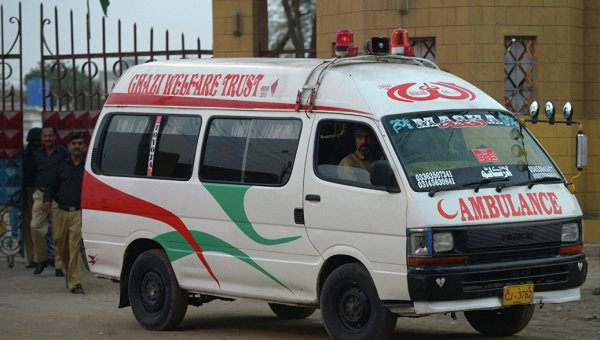 In an explosion at a Protestant Church in Pakistan killed nine people, at least another 50 were injured by shrapnel. The incident occurred on December 17 in the village of Quetta. Information about the incident spreads television channel GeoTV.

In the Protestant Church in Pakistan during December were preparing for Christmas. Two terrorists tried to penetrate into the spiritual realm, but they were not allowed to enter the Church. Militants have found a weapon. Under the assumptions of militiamen, they wanted to take hostages. If the terrorists were in the main building of the Church, workers of special services there would be additional problems, and the number of casualties would increase significantly. Police managed to disarm militants, but one managed to activate an explosive device. In the end, without death, was not.

In the temple at the time of the incident there were 400 people. The head of Pakistan mamnoon Hussain gave a speech after the incident. He appealed to the relatives of the victims and expressed condolences. The President stressed that the timid attempts of terrorists to intimidate the people will fail for them.