In Australia, the dog entered the fray with a 3.5-metre crocodile In the World : Vladim 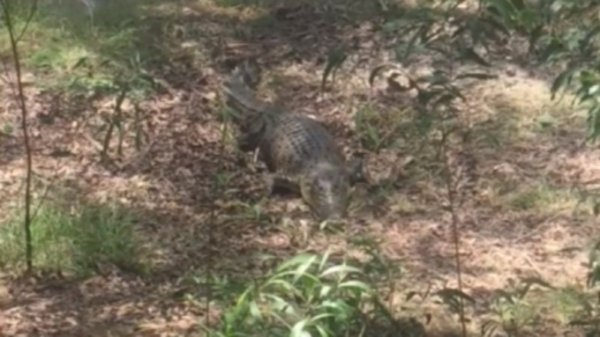 After viewing the video, Internet users were impressed with the bravery of a dog who fought with a large crocodile.

In the Internet appeared the video, where the dog, protecting his master, rushed to the 3.5-metre crocodile. Reptile, not showing aggression, they headed back to the water.
It happened in Australia, at a time when reptile came on shore to feed. The dog, seeing how the giant ate a live chicken, apparently felt that his master was in danger.

The owner of the dog himself fed this crocodile, and even called him by nickname.