In Australia, the man reconciled the fighting kangaroo 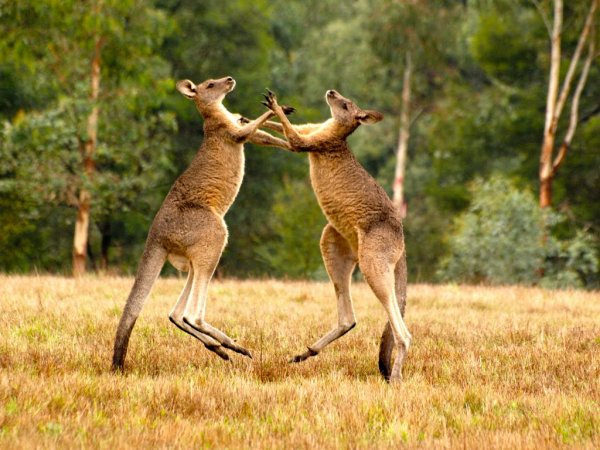 In the Australian city of gold coast local man reconciled the two kangaroos who were fighting in his yard.

The Aussie managed to capture everything on camera.

The video shows two male kangaroos fighting each other. The author of the video was shot in their fight. At one point, he got tired and he’s yelling at the fighters. He reminded the representatives of the Australian fauna that they are friends, and not so nice to myself. He also said that their parents would not be happy to see it. During these words the kangaroo stopped fighting, and after the words “I know where to find them” (parents kangaroo), two males quickly fled.
The video came out funny and good. The Aussie said the fight started kangaroo, most likely due to females. However, he did not expect such a specific reaction. It is very strange that after his words about the parents of the kangaroo quickly forgot about the recent conflict.