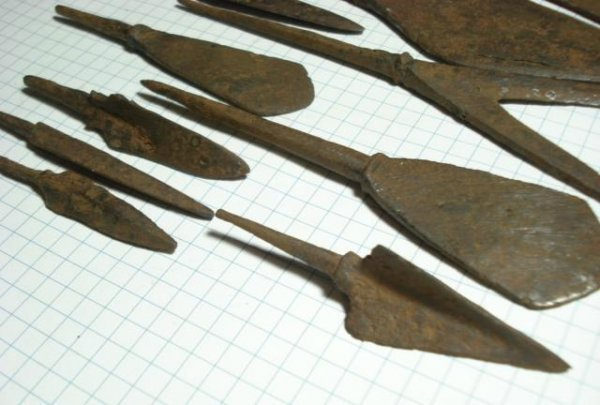 Bone, stone and metal arrowheads and spearheads, along with other archaeological artifacts in a total quantity of 50 pieces illegally sold in an antique shop of Blagoveshchensk.

The corresponding “catch” on the joint check of specialists of the state Inspectorate for the protection of cultural heritage of the Amur region and law enforcement agencies. Was all this in one of the shops for private collectors. The shop owner has been delivered in police Department where from it being investigated.

In particular, he opened an administrative record. He is charged with trafficking of objects of archaeological value.
In a press-service of the Amur government also specifies that certain of the artifacts, you can see the ciphers indicating the affiliation to archaeological expeditions. Accordingly, it is possible to conclude that someone could steal them directly from the Museum or other scientific institutions. At the moment the police have solved the question related to the possibility of criminal prosecution.

“We have already initiated unscheduled verification of archaeological collections in all the museums of the region, including those museums that are at Universities“, – says the head of the state inspection on protection of objects of cultural heritage of Amur region.