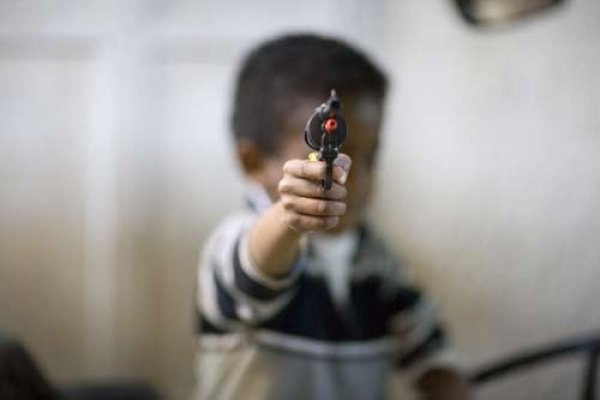 In the Dnepropetrovsk area, Ukraine, one of the children left by parents unattended, found at the dump homemade firearms and brought the discovery home to show younger brothers and sister. However by pure chance a 10-year-old boy shot his younger sister in the head that was instant death of the child.

Parents who left their children to grandfather, and themselves went to work, did not expect that the day will end with such a tragedy. Grandfather to his own carelessness left the kids at home alone while he went to the market for groceries. The eldest child of the family – 10-year – old boy after leaving the grandfather went outside, where they found by the dumpster improvised firearms.

The boy hurried home to show the discovery of younger children. During the demonstration, the child accidentally pulled the trigger and shot his younger two year old sister. The shot was fatal, the child died on the spot. The question of responsibility, as well as details of the incident are established by a consequence.