In Ecuador were killed by fire from heaven, ancient giants 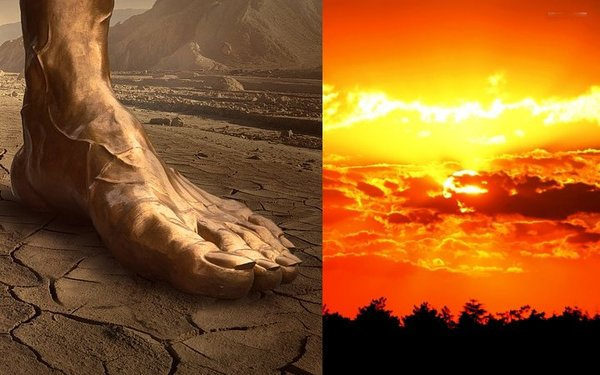 When the Spanish conquistadors encountered natives in Guayaquil, Ecuador in 1543, they were told about a tribe of giants who once inhabited the land of the Indians, reports Rus.Media. These frightening giants were killed by fire from heaven.

The Spaniards were surprised by this tale. Obviously, the local created the history in order to attract their attention. But then their attitude changed. The Indians were very convincing and their stories were very detailed and not like fiction.

When the Spaniards discovered a large ancient bones and a strange mark on the rocks, they realized that in Ecuador, in the distant past, something wonderful happened.

Unusual archaeological discoveries in the valley, where he died ancient giants initiated by Juan de Olmos, Lieutenant-Governor of Puerta Vella, who ordered the excavation in the valley where the stories of the Indians were killed the giants.

This place was discovered great ribs, different bone and teeth. Was it the remains of ancient giants is unknown, but the Spaniards found traces of lightning strikes in the rocks.

Men of giant stature with long hair, no beard, dressed in the skin of animals is thus described these giants Indians.

In 1553 Pedro Cieza de Leon published a report about the giants of Guayaquil. He wrote that “the natives tell, from what they heard from their ancestors who heard and had it from their, from the sea on big boats sailed the giants. These people were so tall that from the knee down they were as large as the length of a regular person in their natural size, and the limbs were proportional to their bodies, so it was awful to watch on their heads, so big and with hair down to shoulders. But these giants have angered the spirits and were all killed by fire that came from heaven.”

Pedro Cieza de Leon also says that these huge men were dressed in animal skins, had no beards and they arrived without women.

Do the Indians of Guayaquil are really faced with giants that came from across the sea?