In Florida on the beach made a shipwreck of the 18th century – Rus.Media 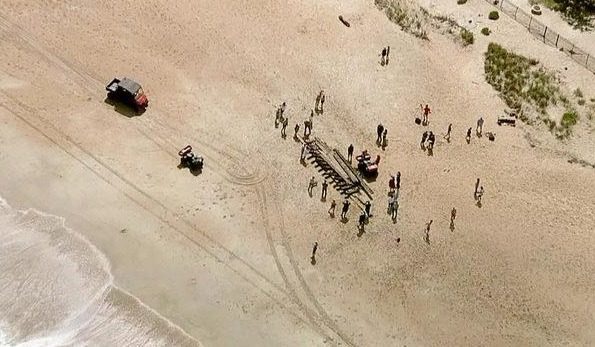 In Florida on the beach made a shipwreck of the 18th century
A fragment of the ship is well preserved. According to experts, he was lying in the sand at the bottom, which ensured its preservation.

In the US, Florida, the resort Ponte Vedra beach the waves washed ashore a 15-foot fragment of the ship of the XVIII century, reports Rus.Media.

The wreckage was discovered by the woman who was walking on the beach with my son.

A fragment of the ship is well preserved. According to experts, he was lying in the sand at the bottom, which ensured its preservation. And on the shore he turned out to be for storm activity. The ship was preserved copper elements. Experts believe that first the entire ship was sheathed with copper. Also on the ship and the frames carved in Roman numerals.

Researchers from the Maritime Museum has measured and photographed the wreckage. On the basis of the collected material they plan to recreate a 3D model of the ship. Also be as soon as possible to take out the debris, until they are washed away by the waves back into the sea. However, it remains to solve a number of issues with officials.