In honor of the victory over ISIS in Baghdad military parade 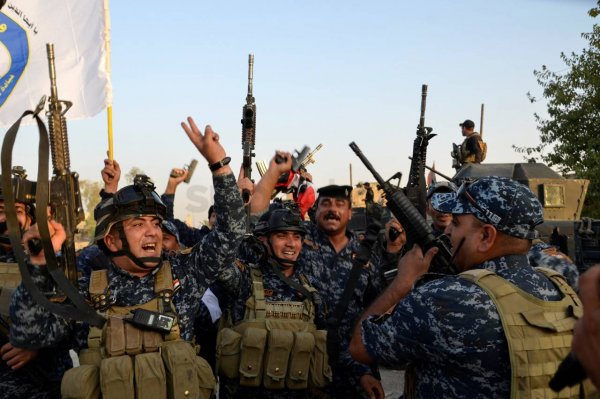 In the Central square of the capital of Iraq held a military parade. It is dedicated to the victory of world forces over banned in Russia grouping “Islamic state.”*

Earlier, Prime Minister Haidar al-Abadi announced date output in connection with the victory over the terrorist group. In Iraq on Sunday – the beginning of the working week. About it reports local TV channel.

17 November terrorists were defeated in their last city – rave that lie to the West of the country. November 25, the Iraqi militia, was liberated from terrorists areas between the provinces of Anbar and Salah al-DIN. But just yesterday, December 9, the chief of the armed forces Haider al-Abadi announced the end of the war.
The terrorists groups of ISIS* (banned in Russia) seized a large area of Iraq in 2014. Were also captured the second largest city of Mosul. Most cities have been released in 2017 during a large-scale operation by Iranian military forces, including were released and Mosul.