In Japan, the largest found in the country’s history treasure In the World : Vladim 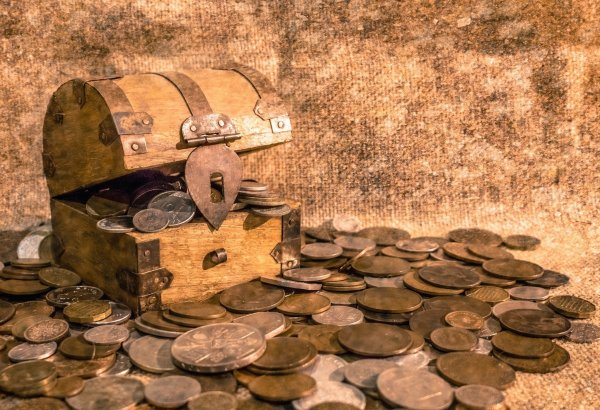 In the Japanese city of Kumagaya on display in the store of cultural values were exhibited found treasure, which has become the most valuable in the history of such finds in the country.

Archaeologists on the territory of the Prefecture of Saitama managed to find a cash burial included in the history of Japan as the most valuable found treasure. Official representatives of the Museum, which was exhibited such a rare find, reported that the number of discovered coins was a record, amounting to 260 thousand. All the coins were in 70-inch-tall jug made of clay. Experts say that this burial was most likely made in order to safeguard the property in quite turbulent times in the past.

Experts also suggested that while dumping all the coins could be connected by rope or tape which is passed through characteristic holes in each coin. According to archaeologists, the hoard was buried after the XV century.