In Kiev, Saakashvili’s supporters marching in the rally “against the huckster” 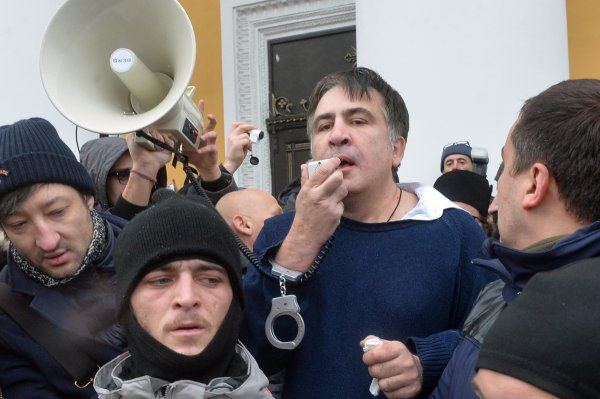 In Kiev began a March of supporters of the former Governor of the Odessa region Mikhail Saakashvili. The demonstrators decided therefore to support the articles of impeachment.

The procession will be held under the motto “Against the tyranny and corruption of the oligarchs and the huckster”. About his participation in the event said more than a thousand Ukrainians. The protesters started moving along Volodymyrska street. The procession is headed by Mrs. Saakashvili, the wife of the disgraced politician.

The protesters started shouting “Misha freedom.” They decorated with the state flags of Ukraine and black-and-red banners of the banned in Russia “Right sector”*. Earlier it became known that the ex-President of Georgia remanded in custody. Keeping him in jail. It is noted that Saakashvili announced an indefinite hunger strike. He also urged his supporters “to March for impeachment”. The protesters intend to finish the procession Askold lane, where the confinement of the former head of Odessa regional state administration.