In Kiev, unknown persons caused injuries to the British tourist due to the unusual appearance : Crime news : Vladim 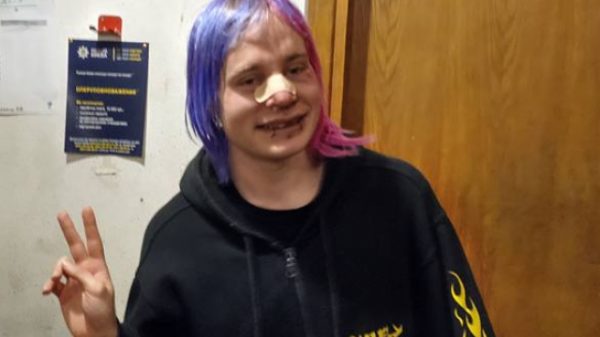 The incident occurred today, January 20, in the center of Kiev on trekhsvyatitelskaya street near the building No. 13. About the incident on his official page in social network Facebook was told by a local resident, who gave the victim first aid.

According to the witness, on the way home from work in the immediate vicinity of the Cathedral she saw the beaten young man from the UK named Liam, who was trying with snow to wipe the blood from his face. A foreign tourist suffered from damage quite seriously, as evidenced by the snow in a radius of meters, painted with blood. The reason for the attack was extraordinary, the style and appearance of a hipster, including his multi-colored hair.

The woman decided to have the young man help, because he did not speak the Russian language, and therefore could not go to the hospital and write a statement to the police. Liam didn’t remember the appearance of the attackers, so law enforcement officers took his statement only after Maria threatened to contact the Embassy in order to tell about the scandalous incident, which tarnish the international image of the country.