In kindergarten China kids showed how to carve the pig : In the World : Vladim 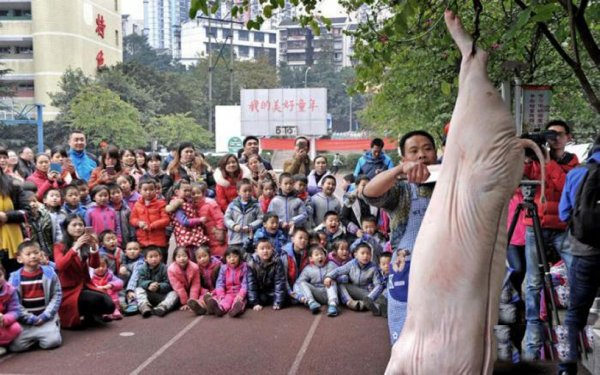 In kindergarten, Chinese settlement Enshi a man in a white coat showed the kids how to shade a pig. All this process was watched by 600 guys.

Process recorded on camera and then video posted on social networks. Users reacted negatively to this event, as fragile psyche of children can be seriously injured from the bloody spectacle. The owner of pre-school education stated that parents agreed to this procedure. Pre-kindergarten leaders spoke with moms and dads of children. According to the Director of the institution, there is nothing wrong, just adults prepared children for the New year.

In China on this holiday, many families butchered pigs. Network users are angry and feel like parenting kids fundamentally wrong. There were also those who supported this initiative, as it will help to temper the character of the guys.