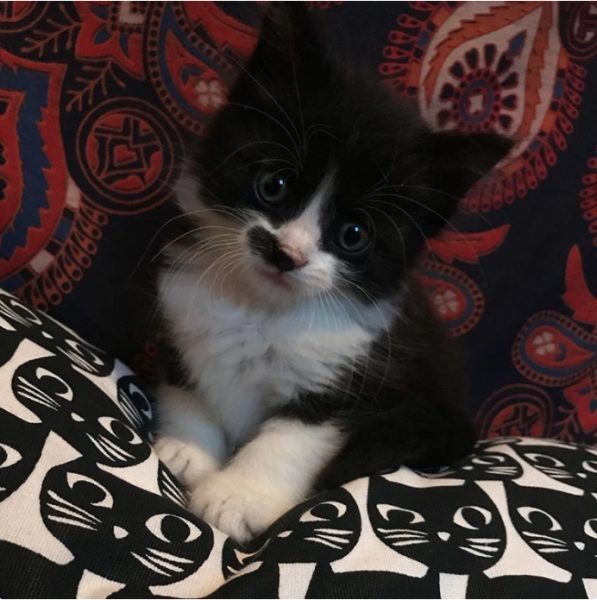 28-year-old Ellie Haywood, living in Melbourne, met a kitten with a very unusual set of circumstances. He literally fell from the ceiling.

The girl settled in a shabby old house in Melbourne. The old building is just crumbling before our eyes. A resident of the city with two friends settled in the house for low prices.

The building is in critical condition, floor is falling apart. All the cracks in the walls, living in a house brought the girls a lot of inconvenience. Once there was a heavy downpour, and the residents had to vacate all of the capacity that would not get wet because of a leaky roof.

On the day of the storm Hallie heard strange noises in the bathroom. In the ceiling was a large hole. The sounds created by the little kitten. The hostess decided to adopt a pet, and named him Asbestos.

Pet turned feral kitten, at first he hissed and bite, but after a while he accepted the situation.

He had never previously encountered humans, and all life lived in the wall. Later, the girl published a cute animal online and he immediately won users, and became a star in the social network.