In North Carolina alligators in the ponds were frozen into the ice In the World : Vladim 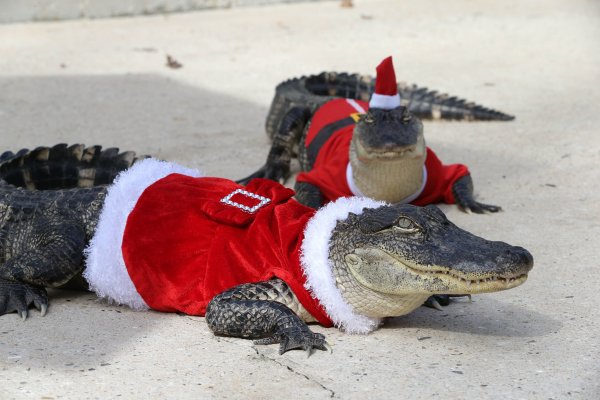 In the national Park relating to North Carolina (USA), video was made by alligators, frozen into the ice surface of one of the ponds. What reptiles managed to stick out above the surface of the ice fall, helped to keep them alive.

Due to the abnormally low temperatures recorded in the middle part of the USA since the beginning of January, in the national Park Shallotte River Swamp Park in North Carolina frozen swamp with the alligators. Video to prove it, laid out in open access on the channel witnessed a strange spectacle – a toothy jaws of the reptiles sticking out above the water surface, constrained by a crust of ice.

Despite the intimidating appearance, the gators remain alive under the ice and even feel good. Experts say the reptiles, when the changing weather conditions and thus put themselves to sleep.

To date, the air temperature in the middle part of the United States declined by more than 15 degrees and may reach minus 30 Celsius.