In Scotland rescued hedgehog that is inflated like a balloon 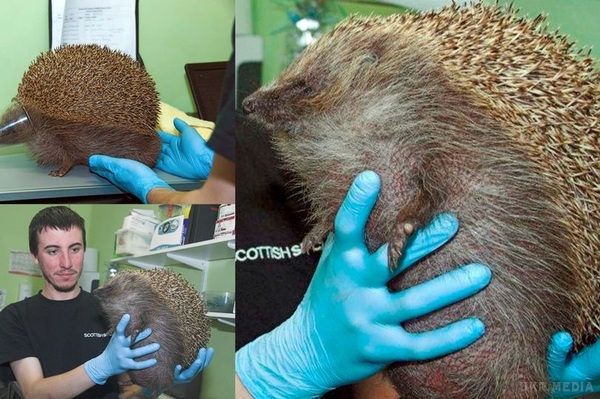 In Scotland rescued hedgehog that is inflated like a balloon
The animal was named Zeppelin.

Veterinarians rescued from death the hedgehog, which had ballooned to the size of a beach ball, according to the website of the Scottish society for the prevention of cruelty to animals, reports Rus.Media.

Hedgehogs have short trachea, the top of which is situated the glottis, which opens and closes when the hedgehog breathes. If the impact occurs at the moment when the glottis is open, the air just goes out of my lungs. But if the glottis is closed, the air has nowhere to go. This entails the tearing of lung tissue and the air outlet outside. Breaks work like one-way valves, with each new breath, letting the air out.

In the case of severe damage to the injection of air outside the lungs can lead to death of the animal. But even if the damage is not very serious, the hedgehog will probably die – rostovskii, he will not be able to curl into a ball for protection. To “shoot down” a hedgehog can take up to two days.

In order to save a hedgehog was found, the vets did to his back four centimeter incisions, through which the air could escape. They will have to leave open for a few days until the injured lungs, otherwise the hedgehog will once again inflate. While the animal feels well and is recovering.