In the DPRK congratulated the creators of a new ballistic missile 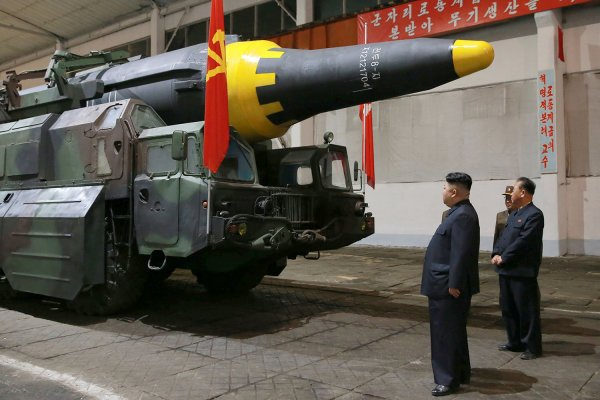 In North Korea the government of the state invited to the capital of the persons responsible for the creation of a new ballistic missile, called “Hwaseong-15”. The makers of the missiles were honored residents of the city, as well as members of the Board of the DPRK.

Honoring the developers of the missile “Hwaseong-15” was held in honor of the successful tests, which were carried out shortly before. In the framework of tests of ballistic missiles, she managed to reach a height of 4.5 thousand kilometers, and the range of its flight amounted to as much as 960 kilometers. Experts believe that if such an Intercontinental ballistic missile is launched in an improved trajectory, a finite range of its flight could be up to 13 thousand kilometers. This fact indicates a possible threat of a missile attack to the United States of America.

Various foreign experts have noticed that the scientists who developed the missile actually managed to make a breakthrough in this area. Honoring all employees who participated in the creation of the missile was held in Pyongyang yesterday, December 8.