In the U.S. 85-year-old grandmother went skydiving for grandson 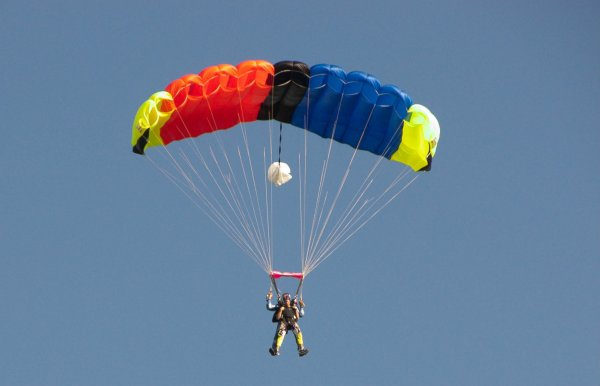 In the U.S. 85-year-old grandmother, Henrietta Sibener decided on a joint parachute jump with the grandson of Shmuel EISENMANN, thereby presenting him with a special gift for the birthday. Information unveiled the NBC 6 South Florida.

This jump heroic grandmother, who survived the Holocaust, the death of his father within the walls of Auschwitz, as well as education to foster a Catholic family in France, was dated to the 18th birthday of his grandson.

In the words of Samuel, all the above events affected the character of the woman and her approach to life, which is now enjoying each day and thankful for it. The grandson thinks his grandma is the most positive and brave person of all the people he admires her strength of will and desire to live a colorful life, despite the solid age.
Moreover, Henrietta does not intend to stop there, so she promised to make the next jump, if he lived for another two years.