In the United States will improve one of the largest non-nuclear bombs In the World : Vladim 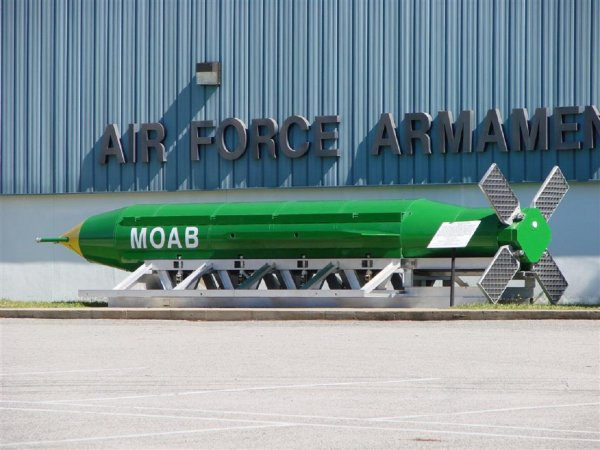 In the United States will improve one of the world’s largest non-nuclear bombs GBU-57. The projectile will get more power, it will allow him to hit awkward enemies that are at a considerable depth. Information about data transformations distributes Popular Mechanics.

According to representatives of the U.S. military, the modernization of the GBU-57 would lead to the fact that the projectile will become a real terror for concrete structures. This bomb is able to penetrate to a depth of 61 meters, has a mass of over 13 tonnes. For transportation GBU-57 use powerful aerial vehicle B-2 Spirit. The projectile is directed precisely to the target using GPS. According to experts, the US could take advantage of the largest non-nuclear bomb, if the conflict with North Korea or Iran will pass into the acute stage. Pyongyang is actively developing ballistic missiles, although the international community has encouraged the DPRK to stop doing it.

At the moment the most powerful non-nuclear bomb in the world is located in Russia. This shell weighs less than the GBU-57, but has a much larger charge, so the destructive power it has no equal.