In the US, the teacher asked for a raise in salary and was in prison In the World : Vladim 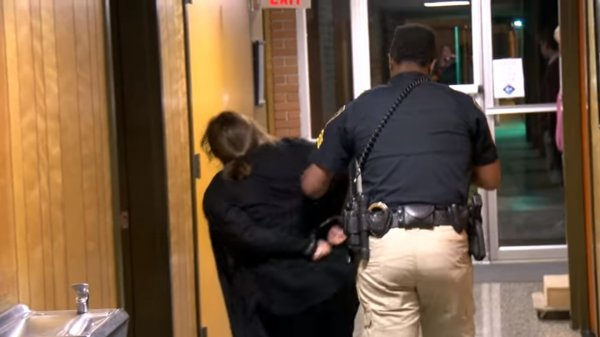 In the US at a school meeting, the teacher raised the issue of raising wages. After that brought her out of the room by a police officer.

In one of the schools of the state of Louisiana passed the teacher’s meeting. It was attended by a police officer. During the meeting one teacher made a statement about low wages. The school management felt that the woman spoke in an unknown manner.

Because of such statements, the teacher, the policeman was asked to leave. The woman is indignant and told me not to touch her. A few seconds later the civil guard stopped a woman on the floor and chained in handcuffs.

People were surprised and angered by this decision of the rights. It was found that the teacher refused to comply with the demands of the police. In this regard, she was arrested and sent to a local station.
For disobedience to the police officer, a woman can expect an administrative fine and community service. While not reported, what decision will be made about her.