In Virginia, the pit bull bit through my skull and tore the face of his mistress 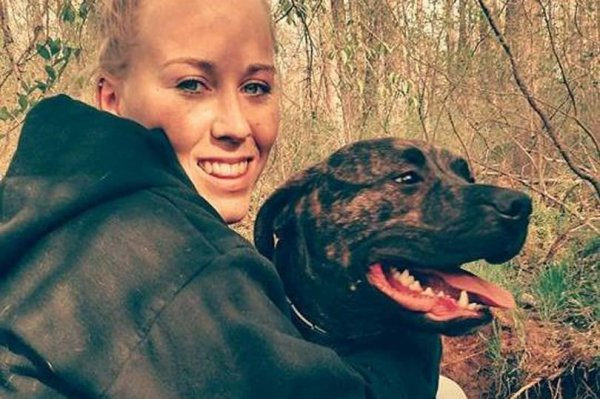 In Virginia, USA, the pit bull took the life of his 22-year-old mistress during the forest walk. The mutilated corpse of a girl was able to detect after a couple of hours after submission by her father to the police.

According to the data provided by the newspaper the Mirror with reference to law enforcement officers, at the time of the discovery of the body two dogs still stayed around him.

According to a preliminary forensic examination on the body of a former mistress of pit bulls, there were more than 60 injuries, including broken arms, cut up the skull and torn face and throat. The wounds on his hands suggest trying the American to fight the dog off, but the girl had no chance against the angry pit bulls.

At the moment dogs are in the Center by animal control, where they must euthanize. However, the police have not yet determined what provoked their attack.