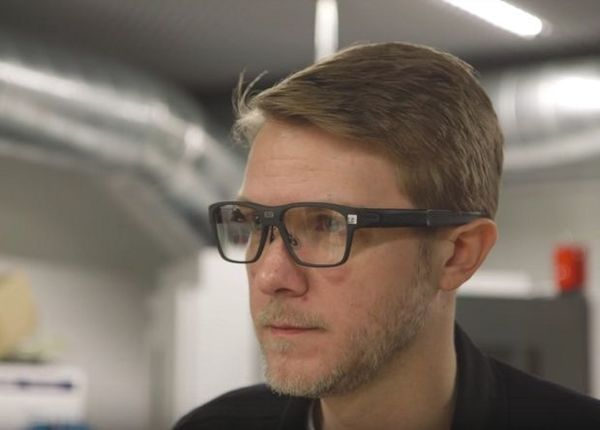 Unlike Google Glass, they look like regular glasses weigh slightly more than regular frames, and allow you to use glass with prescription lenses, reports Rus.Media.

Glasses developed by the laboratory, Intel New Devices Group. They weigh less than 50 grams is a little more than a conventional frame. Due to its light weight they are practically invisible. Intel points as conventional frames, a flexible headband, so they sit comfortably and adjust to the shape of the head.

For the transfer of the image meets a low-power laser on the right handle located directly near the place of its fastening to the frame. The laser projects the image on a special reflector placed on the lens, and from there it falls directly on the retina. The laser allows the transfer of monochrome red image on the eye: for example, a message or reference. Glasses guided app for iOS or Android that communicates with the device via Bluetooth.

The laser is so thin that it does not need a special certificate of view, it can not damage, according to Intel. Due to the fact that the image appears directly on the retina, the eyes need to be focused, and the signal equally clear and for those who have perfect vision, and short-sighted, and for farsightedness.

The journalist of The Verge, Dieter Bon says: “Vaunt not like anything else. The device projects red text and the icon in the lower right corner of your field of vision. But when I looked down in that direction, I saw nothing. At first I thought that the glasses are not configured. Actually it was a feature, not a bug”.

Exactly how you can use Vaunt, Intel has not invented too many possibilities. In 2018, the company will allow individual developers to see the points and start writing programs for them. The cost of points and the approximate timing of their appearance in the sale are not known.