Intrigue and questions to the camp of the Canadian 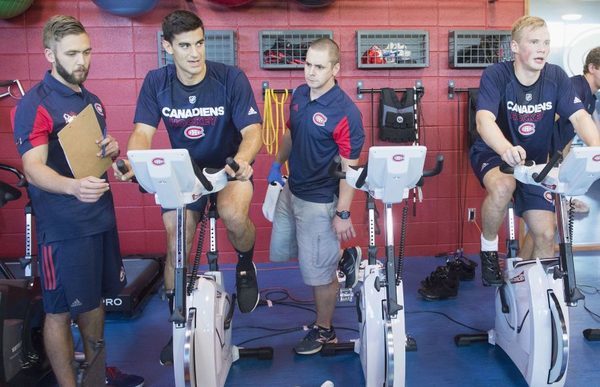 As he prepares for his return to the ice at the Bell sports Complex as of Friday morning, the Montreal canadiens raises a number of question marks, and elements of the plot which suggest an interesting first half of training camp.

No fewer than 61 players were invited to the camp — 35 forwards, 20 defenders and 6 guards, and of this number, about 15 already have their place assured in the training of 23 players.

In goal, there’s no suspense since Carey Price and Al Montoya will both be back.

In front of them, the picture becomes less clear, the result of a purge of the summer, which has denuded the Habs of three defenders, left-handed people whose level of experience ranged from very high (Andrei Markov) at apréciable (Nathan Beaulieu and Alexei Emelin).

Two replacements are practically known, is the newcomer Karl Alzner, hired as a free agent, and Jordie Benn, acquired in the deadline of transfer in 2017.

As head coach Claude Julien will no doubt wish to keep to Montreal seven defenders, and maybe even eight, there are still three or four places available for 16-defenders, of which several will not be that of the figuration during the camp.

The list of candidates the more serious includes the veteran Mark Streit, David Schlemko, who will be the sixth different team for 2014-2015, Czech republic’s Jakub Jerabek and the Franco-Ontarian Éric Gélinas, who has been offered an invitation.

These four defenders, all left-handers, will have to battle with Brandon Davidson, while Zach Redmond and the young Brett Lernout will be offered the chance to join with Shea Weber and Jeff Petry, safe values, as defenders on the right.

On the attack, general manager Marc Bergevin has not been able to keep Montreal’s Alexander Radulov, but the arrival of Jonathan Drouin is expected to help narrowing the gap. And it’s a safe bet that the skater francophone will become even more popular than Radulov, that the supporters of the team have quickly adopted the previous year.

The former of the Tampa Bay Lightning will have every opportunity to assert the position of the centre, probably with the captain Max Pacioretty on his left. The first element of intrigue : is that Claude Julien will be tempted to put all of its eggs in one basket and experiment with Alex Galchenyuk on the right side, even if it pulls to the left ? Prefer-t-he trust a right wing nature, such as Brendan Gallagher and Andrew Shaw, or wants to give it a chance to Ales Hemsky ?

Moreover, the brilliantly offensive of the Habs, overall, will also depend on three players who have made a nice impression last year, will be the center Phillip Danault and wingers Paul Byron and Artturi Lehkonen.

Danault (13-27-40) and Byron (22-21-43) will they be able, at the very least, to repeat the performance displayed last season ? And is that Lehkonen (18-10-28) will be able to continue the momentum that saw him collect six goals and four assists during the final ten games of the regular schedule ?