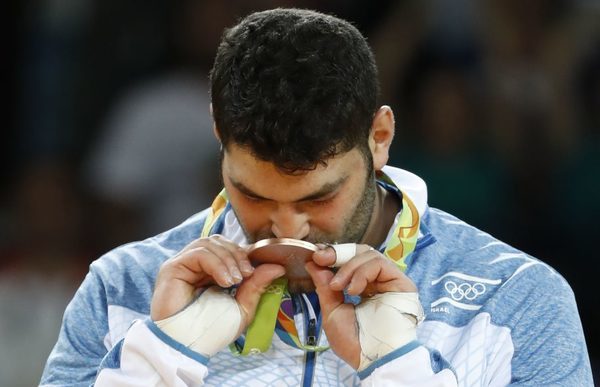 Jerusalem — Israel denounced on Monday the decision of the organisers of a judo tournament in Abu Dhabi not to play the anthem of israel, and to prohibit representatives of this country to wear signs identifying their nationality.

The organisers have asked that the 12 judokas israelis committed at the Abu Dhabi Grand Slam (26 to 28 October) boast not the letters SRI on their kimono, and the anthem of israel is not played in case of victory, said the israeli ministry of Sports.

“Any country that has the privilege of hosting an international competition is held to allow athletes to represent their country in a honorable and ensure their safety,” added Miri Regev in this letter made public Monday.

The judo israelis will go well in Abu Dhabi, indicated to the AFP the spokesperson of the minister of Sports, that she will not make the move.

In 2015, the Federation of israeli had accepted the terms and conditions of the tournament in Abu Dhabi and its judokas had worn kimonos and the colors of the international Federation.

No comments were received on the side of the United Arab Emirates, a country that does not recognize Israel.

The participation of israeli athletes in international competitions regularly gives rise to hostile reactions and decisions of boycott on the part of organizations or athletes arabs or muslims.

The olympic Games of Rio in 2016, the judoka in the egyptian Islam El Shehaby had refused to shake the hand of his conqueror israeli, Or Sasson.

Judo is a sport flagship, in Israel and told him his only two medals of the olympic games-2016 (in bronze, including one for Sasson).