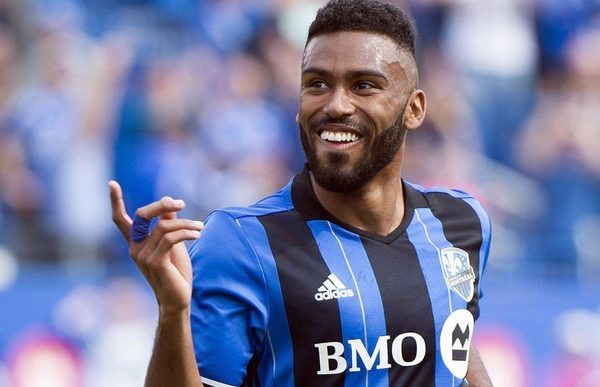 Anthony Jackson-Hamel wants to become the attacker in which the Montreal Impact relies on each match. In a certain way, it may already be the man of confidence of the coach Mauro Biello, even if it is not a regular part of the XI from.

Jackson-Hamel has once again played the heroes on Saturday, the termination of the deadlock in the 84th minute of the game and allowing the Impact to collect three important points thanks to a 2-1 victory against Orlando City. It was the sixth goal of the attacker, 24-year-old in MLS this season. And Jackson-Hamel has scored five of those goals after having made his entry as a reservist, compared to only one when he was in the starting formation.

Jackson-Hamel has given the victory to the Impact with a goal in stoppage time against Atlanta on April 15, has managed a doubled to allow his own to snatch a tie at Philadelphia on 22 April and has now added another game winner to his record against Orlando.

“It is an asset late in the game. He is able to take advantage of the fact that the defenders of the opposing legs heavy, noted Biello after the meeting. He finds the spaces and plays games. He is confident and hungry and it is very effective for the team. “

Jackson-Hamel has also scored the goal that tipped the balance in the semifinals of the canadian Championship against the Vancouver Whitecaps, the 30 may, this time as a runner.

And the ambition of Jackson-Hamel is clear : he wants to become the attacker from the favorite Biello.

“I want to be a runner. I want to be the first attacker of the team. I do not hide, has he hammered. I have to continue to earn the trust of the coach continuing to mark when I get back in the game, doing the right things. It’s going to come. “

Biello has mentioned that he had taken the time to discuss with Jackson-Hamel this week, after being informed that he would not be in the XI starting against Orlando, in contrast to the previous week in the face of the Red Bulls of New York. “I told him that in my early days, the coach I used is also from the bench, said Biello, who has played 389 games with the Impact. He told me that I had to create opportunities when I got on the ground and that I had an important role. This is what I wanted to do understand [Jackson-Hamel]. Even if he is a reservist, he has an important role and it can tip the balance. Currently, he scores most of his goals as a reservist, and it performs very well its role. “

Jackson-Hamel said he understood the message, but it may be a little frustrated by the situation. After all, the other striker of the team, Matteo Mancosu, has scored only three goals in seventeen games this season, including fourteen as a starter. Mancosu has not hit the target since 10 June, in Kansas City. In the course of its dearth of eight meetings in MLS, he earned six starts.

During this time, Jackson-Hamel displays an impressive average of 1.15 goal per every 90 minutes of play in MLS.