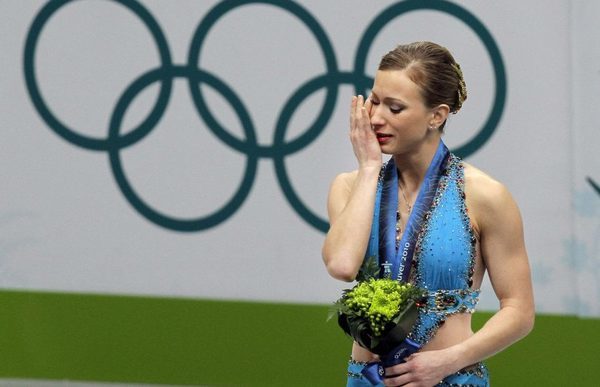 Photo: Amy Sancetta Associated Press
Archival Photo of Joannie Rochette when she received a bronze medal in figure skating at the Vancouver olympics in 2010.

Ottawa — Joannie Rochette, who won over the Canadians by participating in the Vancouver olympics despite the sudden death of his mother, will be inducted into the hall of fame of Skate Canada.

She will be admitted at the same time as the skater Jennifer Robinson, the tandems of coaches trained by Josée Picard and Eric Gillies, and Sadie and Albert Enders, and Ron Vincent, and Steve Milton, as builders.

Rochette won the bronze medal of the 2010 Games just days after his mother had died of a heart attack. She was Canada’s flag bearer at the closing ceremony and went home to grieve.

The athlete, aged 31 years, native of La-Visitation-de-Île-Dupas, also won a silver medal at the 2009 world Championships as well as two silver medals and a bronze at the four continents Championships, a competition held annually.

Robinson, Goderich, Ontario, has won six times in the canadian championships, competed in the olympic Games on one occasion and has taken part in eight world championships.

Picard and Gillies led the skaters to canadian securities and international singles, pairs, and dance. The olympic medalists Isabelle Brasseur and Lloyd Eisler the world champion Shae-Lynn Bourne and Victor Kraatz trained with Picard and Gillies.

The Enders, who will be inducted posthumously, have been the pioneers of education in singles, dance and pairs. They were led by Suzanne Morrow and Wallace Diestelmeyer to bronze medals at the 1948 summer olympics and at world championships in the same year.

Vincent has spent his life developing, and implementing training programs for coaches, while Milton, a journalist, covers the figure skating for over 35 years.