Kia Motors Corporation: The Kia Stonic ahead of the line 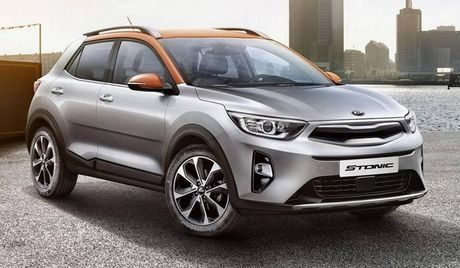 The communication plan of Kia Motors Corporation has just been undermined after the first pictures of its upcoming crossover, the Stonic.

The teaser campaign has barely begun , here is that the campaign of Kia announcing the arrival of Stonic for this month of June cracks with the leaks of photos on the net.

Based on the new generation of the Kia Rio to fight in the segment of the Nissan Juke, Peugeot 2008 and other Renault Captur, the Stonic is more daring than foreshadowed the sketches but especially more “wise” than the cousin-german Hyundai Kona , unveiled last week although it will have to have as much possibility of personalization. Aesthetically, the Kia Stonic logically takes up the last stylistic language of the brand with a fine “Tiger Nose” grille and prominent shields.

We will return to it in more detail in the coming hours, with the presentation of the Kia Stonic being planned for today.