Koalas fighting in the middle of the highway in Australia 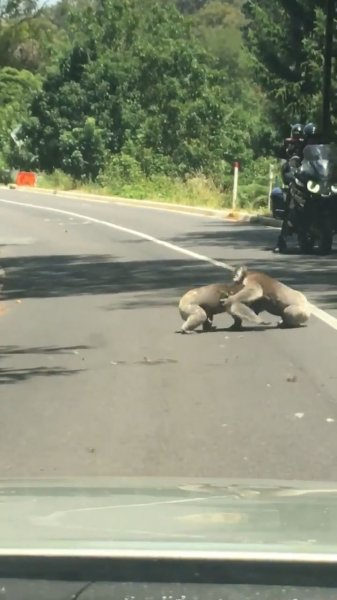 In Australia, two koalas fight in the middle of the highway. Fight animals became the cause of traffic jams.

In the Australian city of Stirling happened a funny incident. Right in the middle of the highway showdown staged two koalas. Animals suddenly appeared on the road, and then began to fight. The drivers tried to stop koalas with hooters, but marsupials bears did not react. As a result, animals tortured each other to such an extent that no longer able to continue the fight. After that, the Aussies just retired from the highway.


The witnesses managed to capture the incident on video. Recently a video appeared on Youtube. For several days the clip had been viewed more than 150 thousand people. The Network continues the discussion funny cases users are trying to figure out what is not shared by the animals.