La Maison Radio-Canada will open in 2020 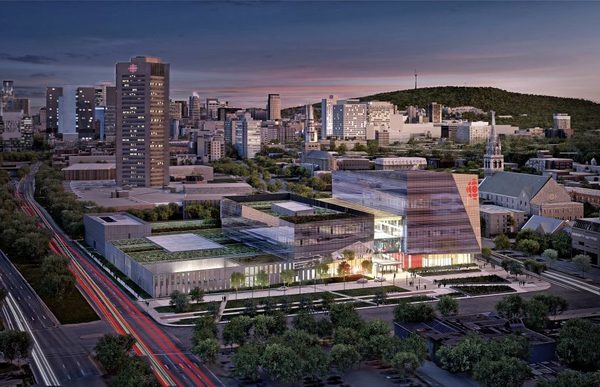 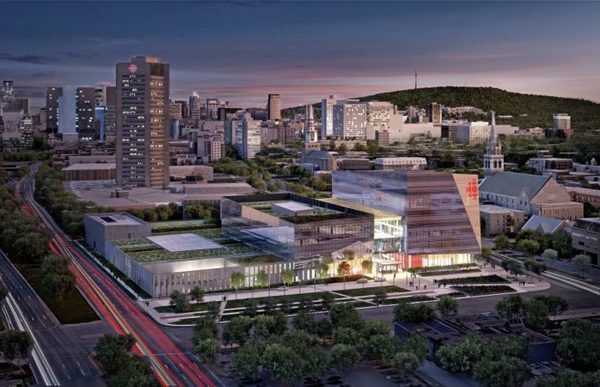 The ribbon cutting ceremony of the future Maison Radio-Canada should be held in January 2020, announced the broadcaster Thursday as he unveiled plans for the new building to be constructed at the corner of René-Lévesque Boulevard Papineau Avenue.

With two towers, one seven-storey and one four-story, separated by an atrium, the new Canadian Radio-house will have an area of ​​418,000 square feet, against 1.3 million square feet in the tower current.

The Broccolini Group, will acquire the eastern field of Radio-Canada, will undertake the construction of the building. CBC will lessee under a lease of 30 years.

The extensively glazed building in particular comprise a studio and trays for the information service and a large studio equivalent to the current Studio 42, ” but more modern and especially versatile ” , said Hubert T. Lacroix, President and CEO of CBC / Radio-Canada.

The construction of the building is expected to begin in August 2017 and be completed by the end of 2019, for the 3000 diffuser employees can integrate their new offices in January 2020.

As for the current round of CBC, it will be transformed into an office building by the Groupe Mach, who will become the owner. ” We intend to keep it. It’ll be a little the heart of our project ” , explained the President of Groupe Mach, Vincent Chiara. ” There are people who love the tower for its architectural aspect, but there are others who do the not like at all. Personally, I find it interesting. ”

The businessman wants to attract high-tech companies in this 23-story tower. But before redevelop the premises, asbestos therein will be removed, he acknowledged.

The real estate group also will acquire land located west of the tower. The vast parking will disappear to make way for residential buildings 6 to 15 floors. The Mach Group plans the construction of about 3,000 homes in partnership with the Montclair Group over a period of 15 to 20 years. A share of 11% of the land area will be reserved for the development of parks, and three streets cross the site or Beaudry, Alexandre-de-Sève and De La Gauchetière.

Vincent Chiara assured that the development agreement between the City of Montreal and the CBC in 2009 will be respected. Recall that this agreement provides for the construction of 20% of social and community housing units on the site.

Hubert T. Lacroix assures that with these two transactions, the modernization of the Canadian Broadcasting House will be at zero cost . ” The project requires no additional investment from the government or taxpayers ” , he has said.

CBC would not disclose the transaction value or the cost of building his house. This information will be made public in spring 2017, when the Treasury Board of Canada has approved the project, Mr. Lacroix said.

Hubert T. Lacroix had to answer questions on the mandate to the Avison Young brokerage firm to find the two promoters. Wednesday, Le Journal de Montreal revealed that one of the brokers involved in the case was a former collector funds for the Conservative Party.

The choice of Avison Young was made following a call for proposals unrelated to the political choices of individuals, said Mr. Lacroix. ” They asked no questions, nor to Avison Young or four people were there. I have no comments to make on the links. There is none. ” He confirmed that the firm will receive a commission of $ 4.5 million, but argued that the amount corresponds to the market.