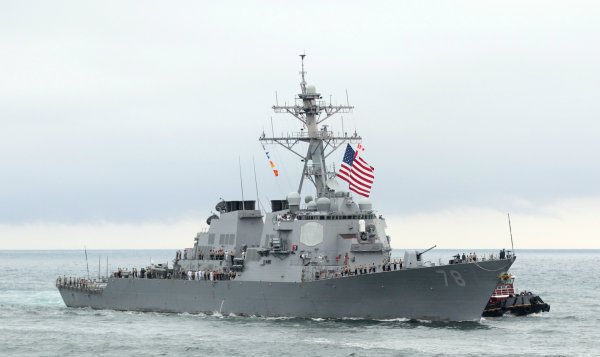 An American ship with Marines on Board entered the waters of the Black sea in support of ships belonging to the Turkish spotters. The information was released by the Turkish coast guard.

In the Black sea an American ship entered accompanied by Turkish warships involved in tracing the paths of movement of various vessels crossing the Bosphorus. In micro-blogging network Twitter by the Turkish coast guard has issued a publication which included information on landing ship of the U.S. Marines who entered the waters of the Black sea under the supervision of Turkish military. The Turkish military reported that seen the American ship was the USS Oak Hill LSD model-51.

Earlier official representatives of the Navy of the USA has informed that the above ship went to the Romanian coast, where he will participate in military exercises under the code name Spring Storm 2018.