Like many Americans, my divorce destroyed my mental health and nearly drove me to suicide 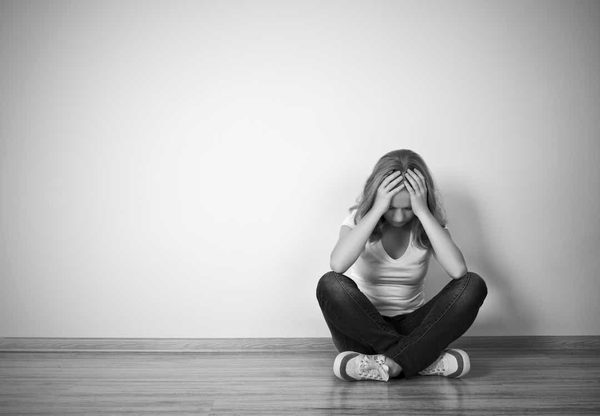 September is back-to-school and Sunday afternoon football and harvesting the last vegetables from the garden. It’s also National Suicide Prevention Awareness Month, which makes it a prime time to talk about divorce. Conventional wisdom promises that divorce alleviates stress for those stuck in unhappy relationships. But it can also turn you into someone you don’t recognize and make you want to stop living. Even if you’re a strong, capable, accomplished woman like me.

A few months after celebrating our 20th anniversary, my husband, in the throes of an affair, walked out. He filed for divorce and threatened to seek sole custody of our children. Wildly in pain, I contemplated suicide. My husband knew me better than anyone ever had. I wondered, how could he not know how far his actions would drive me?

And if his love for me had perished, why not my children’s? That’s a horrible thought for a mother, but betrayal does that. I was petrified of losing them.

Disabilities aren’t skin deep: I have a disability everyone can see. My bipolar friend who died by suicide did not.

One March morning, I collapsed at Barnes & Noble. Next thing I knew, cold air poured through the doors as paramedics rushed in, strapped me to a stretcher and slapped an oxygen mask on my face.

The emergency room doctor said my blood pressure had plummeted. After running tests, he handed me apple juice and a tuna sandwich, instructing me to remember my meals. But no matter how heartily I ate, weight fell off. My flesh was eaten up by loss.

Night after night, I poured sleeping pills into my hand. Sometimes I added tablets my shrink gave me for anxiety and leftover painkillers from knee surgeries. Then I’d try to calculate how many would make sure I never woke up.

I’d graduated with honors from college and law school and had practiced law. My shrink said I was a highly resilient woman. But when tragedy struck, I was not immune from wanting to die.

Suicide, by the numbers

Men commit suicide more often than women, but the rate for women is increasing faster, especially in my demographic, ages 45-64. Depression is a critical risk factor for suicide, but researchers also point to a disturbing link between suicide and divorce, as divorced and separated people have much higher rates of suicide than people in marriages. And the divorce rate for those over 50 is rising sharply. Even children feel the brunt of their parents’ divorce, with adult children of divorce 14% more likely to attempt suicide than those from intact families.

I told no one about my nightmares or pills or visit to the emergency room. Not my doctor or lawyer or friends.

In time, the daily routine of motherhood pacified me. In the morning, I’d fix breakfast and get my daughters off to school. In the evening, I’d check their homework. We shared meals at the kitchen table like always.

Pastors aren’t therapists: I was a pastor when I nearly died by suicide. Churches should look more like psych wards.

A decade passed. I prayed; I meditated. My children grew up. After a long and contentious divorce, I got custody.

In 2013, no longer able to afford the mortgage, I sold my house. As I removed the love notes from my children pinned above my desk, Mary Richardson Kennedy, former wife of Robert F. Kennedy Jr., popped into my mind. A mother who also went through a contentious divorce, she’d hanged herself around the same time, in May, the year before, at age 52. No one knew what last straw drove her to end her life, but I recalled how close I’d come to joining her.

Apparently her husband hadn’t sued for child custody like mine had. But Mary’s lawyer told reporters that Kennedy had “engineered temporary custody” to pressure her.

News accounts at the time allege she had borderline personality disorder, a diagnosis the Richardson family denied. Who knows the truth about Mary, but divorce had nearly driven me off that cliff. And I’ve heard stories of others experiencing similar trauma. Years later, I cried straight through an appointment with a new therapist, who said I was suffering from PTSD.

Mary was arrested for drunk driving three days after her husband filed for divorce. A few years later, she died by suicide. Her four children had already been taken from her and at the time of her death, she’d only been allowed supervised visits.

Eventually, after I obtained custody of my children. I threw away the pills in my nightstand and fought hard to regain my strength.

Was I merely stronger? Luckier? Had Mary’s heartache simply been too painful to medicate away? Had I survived because my children slept one floor below me on a crucial night when hopelessness might have driven me in Mary’s direction? In my case, I believe my children played the biggest role in saving me. If I’d lost them I can’t say for sure what I might have done.

Unfortunately, we seem to have a society in which no one is held responsible for these tragedies.

Beverly Willett is the author of the new memoir, “Disassembly Required: A Memoir of Midlife Resurrection.” Follow her on Twitter: @BeverlyWillett