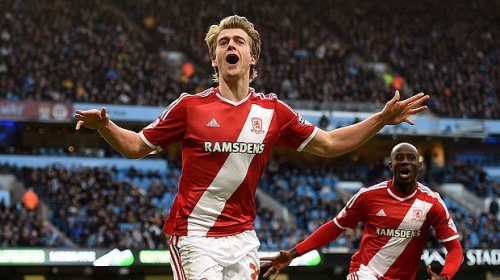 February 1, 2017 at 23:00, the program of the second day’s play 23 round of the English Premier League, will continue to fight on “Old Trafford” between Manchester United and Hull City.

Manchester United vs Hull City preview
Championship in the Premier League as Jose Mourinho said – “mission almost impossible.” However, the “Red Devils” have access to the Football League Cup finals, as well as in the 1/8 finals of the FA Cup. Do not also forget that MJ continues to act in the Europa League, where they will be meeting with Saint-Etienne in 1/16. During the last period in the league, Manchester United issued a victory over Sunderland 3: 1 Middlesbrough 2: 1 West Ham 0: 2 and also drew with Liverpool 1: 1 Stoke City 1: 1, respectively.

Manchester United vs Hull City prediction
In turn, Hull City this season – the worst in the league in terms of reliability, which played for 22 rounds, missed – 47 goals. In all of this, “tigers” spineless continue to perform in an Away match. So in 11 fights in a foreign field, Hull scored only 4 points with a difference of goals 6:26, which is one of the worst results in the championship. During the last period Hull City lost to Middlesbrough 1: 0 Tottenham 3: 0 West Ham 1: 0 West Brom 3: 1 Chelsea 2: 0 respectively.

Results and statistics of previous matches between the “Red Devils” and “tigers” are on the side of Manchester United. I recall that in this season the clubs have met three times with each other. So in the first round match Manchester United won with a score of 0: 1, and in the Football League Cup semi-final prevailed on aggregate 2: 3. Manchester United at home has never lost points against Hull, at the same time in any match managed to distinguish at least 2 times per game. Forecast for appointment: F1 -1.5.