Martine Ouellet will run for the Bloc Quebecois leadership 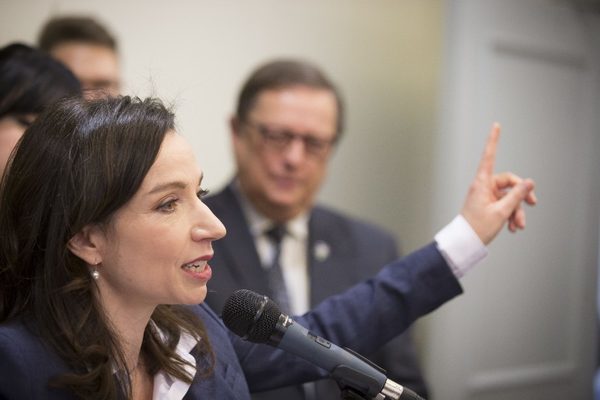 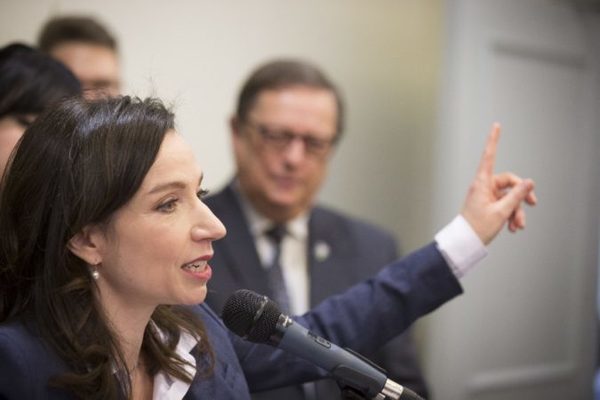 Not surprisingly, MPP Martine Ouellet announced on Sunday morning that she would run for the Bloc Québécois leadership. At the same time, she withdrew from the PQ caucus and, in the event of her victory in April, she would become “an independent, independent and friend of the Parti Quebecois,” she said.

“It will be an advantage to have a foot in Quebec and Canada,” she said, referring to an interesting transmission belt between the two parties and assuring that she had received the green light from the Ethics Commissioner Of the National Assembly.

In a press conference in Montreal, the hon. Member for Vachon noted that if she is chosen as a leader, she will target the 2019 elections to enter the House of Commons and will not expect federal by-elections.

She strongly insisted on her desire to fight the Energie-Est pipeline project and the need, in her opinion, for Quebec to be independent in order to have all the political and economic levers here.

According to her, on the environment, Justin Trudeau and Stephen Harper, it’s the same.

M me Ouellet is in his third race for the party leadership after two races in the PQ.

For her announcement, Ms. Ouellet was surrounded by about twenty sympathizers, including Bloc or PQ members.

“Martine has already demonstrated her qualities as a leader, she has a government experience and, above all, she is determined to advance the independence of Quebec,” explained PQ member Claude Cousineau.

Respectful of those who do not believe that it is appropriate for her to wear both hats, Mr. Cousineau does not see any problem and is convinced that the constituents of Vachon will not be left behind either.

Bloc MP Marilène Gill was equally delighted with Ms. Ouellet’s candidacy, which she admired. He also likes the fact that a woman is trying to “break the glass ceiling”.

His brother Xavier Barsalou-Duval pointed out that in the 1980s, Péquiste Marcel Léger also had a foot in Ottawa, where he founded the Nationalist Party.