Milos Raonic suggests a review of the practice 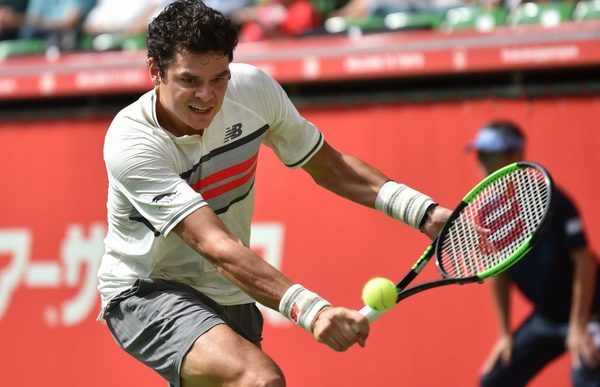 After you have succeeded with panache his return to the game with Viktor Troicki 6-3, 6-4 to the us open of Tokyo, Milos Raonic has suggested a revision of the practices of the ATP circuit.

It was the first match of Raonic after an absence of seven weeks after an operation on his left wrist. The powerful canadian server had to give up to five tournaments this year and has dropped before the other two.

“It has been very frustrating, admitted Raonic, who has slipped from the 3rd to the 12th position. He is aware that his style of tennis is taxing to the body, and travel, and the length of the season are also demanding.

“I believe that among those who finished in the top-5 last year, I’m the only guy who always tries to play this year, and none of the top five has played in the International of the United States, said Raonic. Maybe it is a clue that some form of reform is necessary for the well-being of the career of the players, and in order to ensure a certain caliber of game.

“The timing, the duration of the year and the distribution — geographical and throughout the year — tournaments, especially major tournaments for the top players, deserve to be re-evaluated. It’s hard to peak four times a year for the tournaments of the Grand Chelm, even less for the other. “

The season is spread out over 11 months, has long been a problem for the players. Roger Federer and Rafael Nadal, have taken breaks due to injury before returning to competition and winning two major titles each this season.