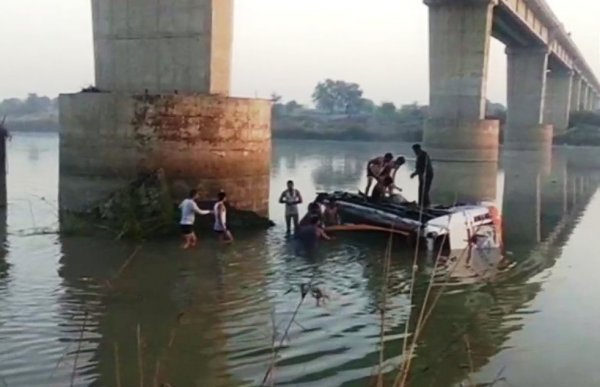 In India, accident in which a passenger bus fell into the river Banas. The incident happened on 23 Dec: the vehicle went off the bridge, in the district of Sawai Madhopur, in the North-West of Rajasthan. Just in the bus there were 50 people.

Are victims accidents according to the latest data become 32 passengers, but even this information is not final. The health status of the survivors, too, is known to very few. As a possible cause of the accident is called the overload of the vehicle, as the maximum number of passengers was not to exceed 34 people.

The network got the video from the event. The footage shows how the volunteers and rescuers recovered from the water body and help out the survivors of the bus. Further, in place of arriving ambulances and vehicles, which gets the bus from the reservoir. On the shore at this time there is a crowd through which I tried in vain to break through the police. The final shots done in the morgue where they sent the bodies of the dead.